JEJU, South Korea, July 9 (Yonhap) -- The impact from China's measure to place a ban on all group tours to South Korea in response to Seoul's decision to deploy a U.S.-led missile system has remained felt by businesses on South Korea's southern resort island of Jeju, with the number of Chinese tourists ever decreasing, the Jeju provincial government said Sunday.

According to the municipality, the number of Chinese tourists who visited the island from June 30 to July 6 was tallied at 9,386, about one-eighth of the 77,824 recorded in the same period last year.

During the reported period, the number of other foreign tourists, including Japanese and Southeast Asian tourists, whom the local industry has tried to woo to make up for losses arising from the evaporation of Chinese tourists, came to 12,360, compared with 86,292 for the same period of last year. 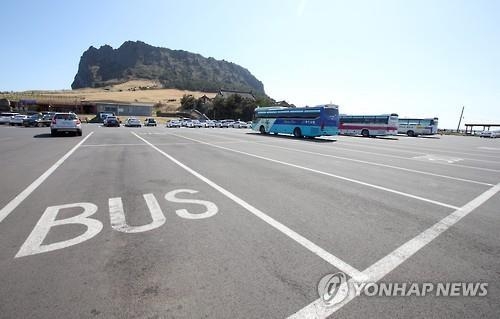 The tourism industry forecast that it will continue to suffer a business downturn this month, with the number of Chinese tourists to Jeju to plummet 80 to 90 percent from a year ago, contrary to its expectations that China's economic reprisal will ease with Seoul-Beijing relations improving following the May launch of the new administration in South Korea.

The sharp fall in the number of Chinese guests has kept 248 weekly South Korea-China direct flights from being suspended since March.

A total of 117,828 Chinese tourists who had been scheduled to visit Jeju from July to October have canceled their tourism reservations arranged by 30 tourist agencies.

An estimate made by the local government says that the number of direct flights to Jeju from eight Chinese cities, which will be operated from July to October, will be only 102 per week.

This presents a sharp contrast to the 1,655 direct flights for the entire month of July last year that carried 134,590 Chinese tourists on Jeju-China routes.

No cruise ships charted by Chinese tourist agencies have arrived at ports on the island.

The sharp fall in the number of Chinese visitors to the island began in March when Beijing imposed the restriction in mid-March in protest of Seoul's deployment of the Terminal High Altitude Area Defense (THAAD) missile system on its soil. The decision on THAAD has stirred the wrath of China, which claims that it undermines regional security.

Data from the Bank of Korea's Jeju office revealed that the tourism and retail industries are reeling from the pinch, with sales arising from catering to foreign tourists dropping about 200 billion won (about US$174.31 million) from a year ago in April and May.

"We are worried that we have to fold the business if this situation continues to the end of this year," said an official at a tourist agency on the condition of anonymity.

Tourist agencies have found it difficult to attract Chinese tourists who come to Jeju on individual tours as they lose competitiveness to their Chinese rivals due to the lack of funds coupled with the language barrier, he added.

He also said the slack business has forced local tourist guides to venture into other sectors.

Under the situation, small-time travel agencies that can hardly draw Chinese tourists on their own, maintain their businesses by treating South Koreans and foreign people from countries other than China.

Tourism on Jeju is operated by a mechanism in which travel agencies in China receive applications for Jeju tours from Chinese people and send them to the South Korean island. Travel agencies on Jeju that are established by Chinese companies are responsible for most of their itineraries, while small-time South Korean travel agencies provide them with only transportation and travel guides.

The lack of port calls by cruise ships has dealt a huge blow to the chartered bus sector that had relied on Chinese visitors aboard cruise ships. The industry has shifted its strategy toward South Korean students coming on school trips, but their buses have been sitting in parking lots more often following a decrease in the number of South Korean tourists. 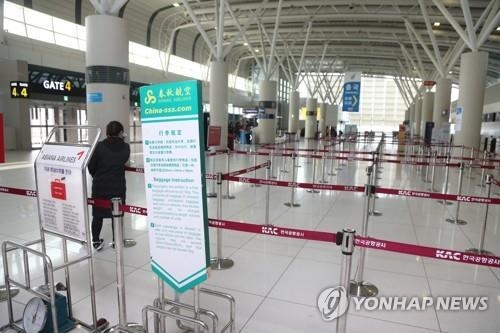 With the ever-decreasing appearance of Chinese visitors, duty-free shops and souvenir shops whose reliance on the Chinese market had exceeded more than half of their business are reeling too.

Hanhwa Galleria Co., the operator of a duty-free store in Jeju airport's departure lobby, recently decided to let go of its business license after it saw its monthly sales fall to less than 2 billion won and found itself unable to pay rent.

Duty-free shops operated by Shilla, Lotte and other big-time business groups are facing similar situations, with their sales off 50 percent from a year ago.

An official at a local duty-free shop said the commissions, which had been below 8 percent of sold products, have been increased to 15 percent.

"Some Chinese travel agencies are demanding a higher increase in commissions on the back of their capability to draw tourists," he said.

A researcher at the Jeju office of the state-run Korea Tourism Organization said travel agencies in Beijing, Shanghai, Shenyang and other Chinese cities continue to suspend South Korea-related tourism products and instead are selling tour programs to Japan, Thailand and Indonesia.

"It's up in the air when the number of Chinese tourists to Jeju will increase," he said.

The government is urged to come up with a set of measures to create favorable market conditions for these businesses to find new guests from other countries than China, Kim said.