According to the Washington-based media outlet, the Russian Embassy released photos of such stalls and their products as an indication that the idea of people in Pyongyang being completely closed from the outside world is false.

Videos offered at the stalls include such American films as "Cinderella," "Tangled," "The Lion King," and "Beauty and the Beast," as well as North Korean films and music.

Also sold at the stalls were foreign films from Russia, Germany, Romania and Cuba, and also documentaries made by the British Broadcasting Corp., along with educational videos on computers and Go, or "baduk" in Korean,

The Russian Embassy told the RFA that Mokran Video Co. runs the stalls and a DVD is sold at the price of 3,000 to 6,000 North Korean won. 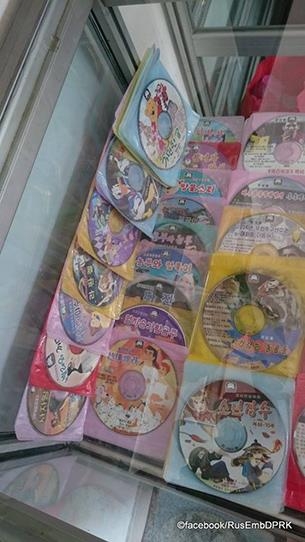