Foreign investors boosted their holdings of local stocks by a net 1.75 trillion won (US$1.51 billion) in June to 597.7 trillion won, according to the data by the Financial Supervisory Service.

For the first six months of this year, offshore investors bought a net 10.8 trillion won worth of shares issued by South Korean businesses.

At the end of June, foreign investors' stock holdings accounted for 33.1 percent of local stocks. 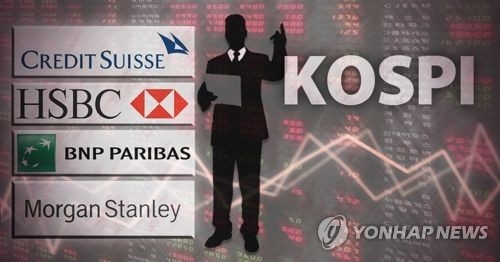 During the January-June period, offshore investors bought a net 14.5 trillion won worth of local bonds, according to the data.

At the end of June, foreign investors' holdings of local debts stood at 103.8 trillion won, accounting for 6.3 percent of the bond market.
(END)