SEOUL, July 10 (Yonhap) -- The number of foreign cruise tourists visiting South Korea has declined sharply in recent months, government data showed Monday, amid a diplomatic row with China over the deployment of a U.S. anti-missile system.

China has been banning package tours to South Korea since March as part of its economic retaliation against South Korea over the THAAD deployment, which Beijing considers a security threat.

Chinese accounted for 91 percent of about 1.95 million foreign tourists who came to South Korea on cruise ships last year. Out of the total, 1.2 million tourists arrived at Jeju Port, 570,000 at Busan Port and 170,000 at Incheon Port.

The number of foreign cruise visitors surged 74 percent in January and 71 percent in February from a year earlier, according to the statistics provided by the Ministry of Oceans and Fisheries.

Each tourist arriving on a ship spent 1.02 million won on average while staying in the country, with more than 52,000 40-seater buses being mobilized to transport foreign cruise tourists last year. About 24,000 people were employed in the cruise tour industry last year.

Reflecting the importance of such visits, the ministry recently held sessions in Miami, Tokyo and Taipei to promote cruise tourism.

In May, Seoul agreed with the Taiwanese government to open a new cruise ship route linking South Korea, Japan and Taiwan.

The ministry has also developed a separate cruise package that passes through South Korea, Russia and Japan early this year and is hosting an international cruise forum on Jeju Island from Aug. 24-27 to promote the country as a destination for cruise ships.

"We are going to diversify South Korea's cruise tour market, which has been heavily dependent on China," a ministry official said. "We also hope our relations with China will improve soon to allow Chinese tourists to enjoy cruise tours in South Korea." 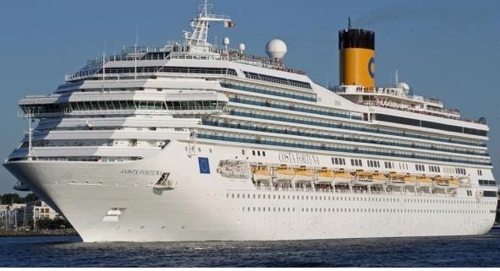