SEOUL, July 10 (Yonhap) -- Employees at South Korea's listed companies are paid more than three times the minimum hourly wage, with those in the refining industry getting paid the most, industry data showed Monday.

The Moon Jae-in administration is seeking to raise the minimum wage, currently standing at 6,470 won (US$5.65) per hour, to 10,000 won by 2020, with the aim of addressing income disparities and boosting economic growth through increased household revenue.

The average hourly wage was 22,316 won for the employees at listed firms, according to the data by market researcher Chaebul.com, which analyzed the average annual salaries of the employees at 1,844 companies listed on the KOSPI main bourse and the tech-heavy KOSDAQ market as of the end of last year.

Employees at the refining industry had the highest average annual salary of 105.9 million won or 36,281 won per hour.

Those in the textile industry were paid the least, with 11,112 won per hour.

Employees in the tourism sector were paid 12,082 won per hour and those in the fishery, meat processing, education and entertainment industries received 12,000 won in hourly wages.

The comparable figures for the distribution, Internet and gaming industries were 14,228 won, 21,480 won and 18,667 won, respectively, the latest findings showed. 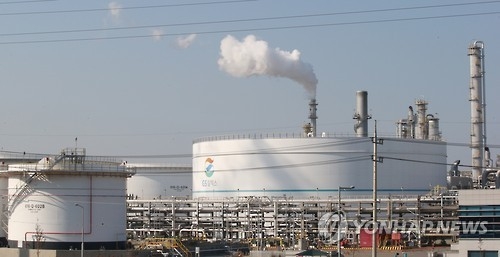