The delivery ceremony of the Yu Gwan-sun submarine was held at the shipyard of Daewoo Shipbuilding & Marine Engineering Co. on Geoje Island near the country's southeastern port city of Busan, according to the Defense Acquisition Program Administration (DAPA).

The submarine, named after the Korean independence fighter Yu Gwan-sun (1902-1920), is the six of the South's Jang Bogo-II Class fleet launched in December 2008. Jang is the legendary admiral of the ancient Korean kingdom of Silla (57 B.C.- A.D. 935).

The Navy plans to commission the new sub in December after training crew members. 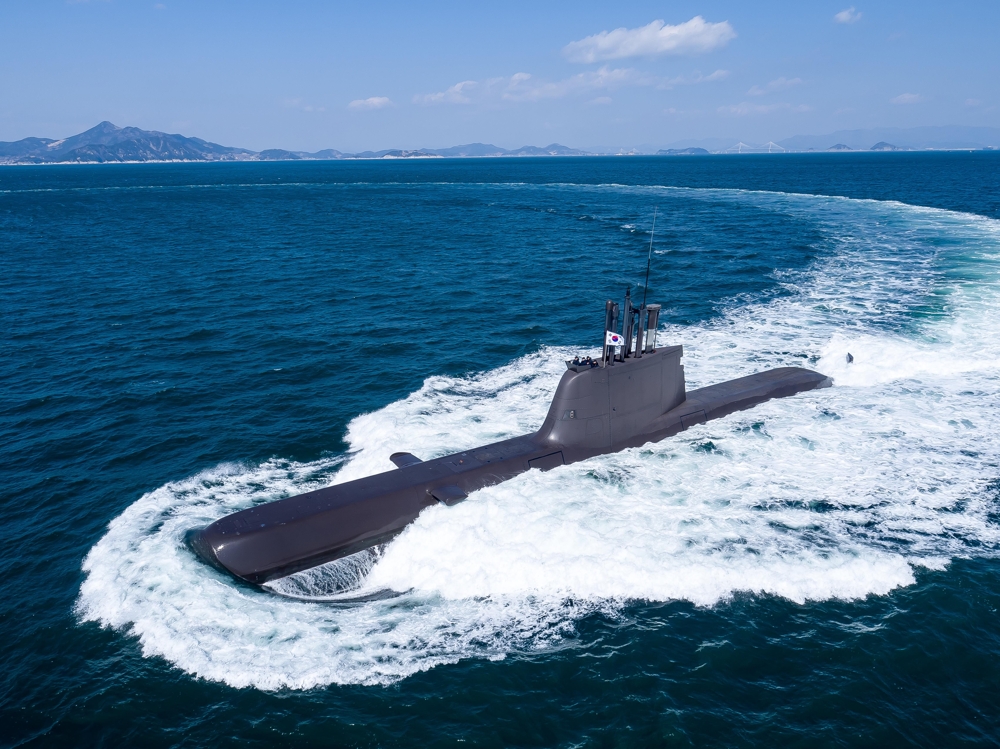 "The Yu Gwan-sun is the world's top-class diesel-powered submarine capable of handling more than 300 underwater targets at the same time," said Choi Hee-kyung, a DAPA official in charge of the program. "Equipped with a fuel battery system, it can conduct underwater operations for 10 days or longer without surfacing above the water."

It's expected to help the South offset its inferiority in the quantity of submarines to the North, known to have more than 80 submarines, Choi added.