SEOUL, July 10 (Yonhap) -- A parliamentary committee on Monday adopted a report on the outcome of a confirmation hearing for Science, ICT and Future Planning Minister nominee Yoo Young-min, clearing the way for his official appointment.

The adoption of the report is a key procedure before President Moon Jae-in formally appoints him.

During his hearing last Tuesday, Yoo was grilled over a series of alleged ethical lapses, including tax evasion and his wife's false address registration, some of which he flatly denied. 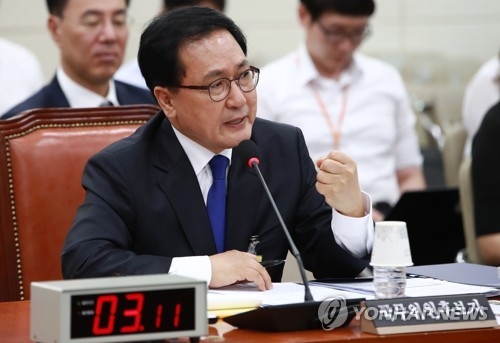