Kim Jin-pyo, the head of the State Affairs Planning Advisory Committee, said that the briefing will be given to the president Thursday, noting that it has compressed Moon's 201 election campaign pledges into 100 tasks.

The tasks are set to be unveiled to the public next Wednesday, a source at the panel said, declining to be named.

"(In the process of crafting the tasks), we have been agonizing over how to maximize the impact with limited resources," Kim told reporters. "We have tried to piece together our wisdom to ensure citizens can feel the change in their lives with the change of government." 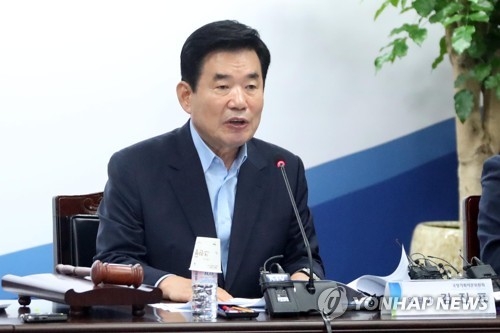 Kim explained that to sort out the key tasks, the committee has received over 80 briefings from government agencies and held some 200 meetings with experts, officials and citizens since its launch in May.

Among the tasks is smoothly carrying out the government's "income-led" growth strategy, Moon's economic formula aimed at addressing income disparities and boosting growth by creating jobs and increasing household revenue.

Advisory panel to report 100 policy tasks to Moon this week

Advisory panel to report 100 policy tasks to Moon this week