The K League Classic club said Abe will fill the "Asian quota" for its squad, although terms of his contract weren't revealed. In the K League, teams are allowed to have three foreigners, in addition to one player from an Asian Football Confederation (AFC) member country.

Abe, 29, made his pro debut in 2011 with Tokyo Verdy before moving to the second-tier German club VfR Aalen a year later. He returned to the J League in 2014 after signing with Ventforet Kofu. Last year, he joined first division side FC Tokyo and has so far scored five goals in 38 matches.

Ulsan said Abe is a versatile forward who can play in multiple attacking positions and will boost their offense. Kim Do-hoon's side, currently third in the K League Classic, has scored only 18 goals in 19 matches so far, tied for third worst in the 12-team league.

Abe is the third Japanese to play for Ulsan after Akihiro Ienaga and Chikashi Masuda.

Ulsan, two-time K League champions, said they are also looking for a striker in this summer transfer window. 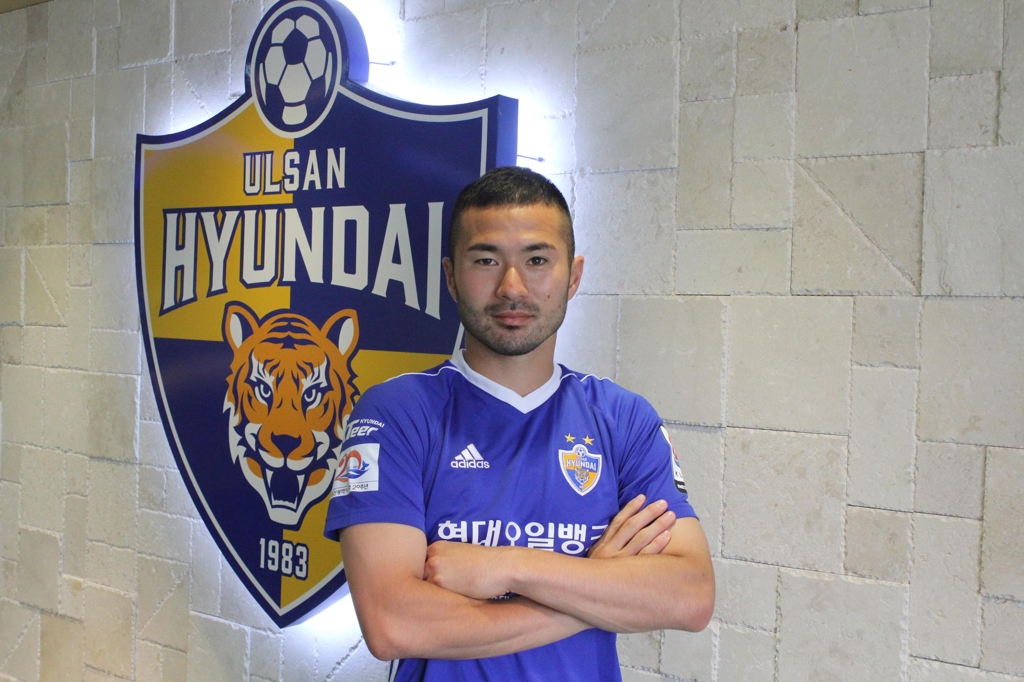