A total of 153 South Korean financial firms set aside 5.69 trillion won (US$4.94 billion) for IT-related spending last year, the highest since 1992, when the Bank of Korea (BOK) began to collect related data.

The move came as a growing number of people do their banking on their computers or smartphones without visiting bank branches.

The number of smartphone-based banking service users came to 74.6 million in 2016, up 15.3 percent from a year earlier, according to the BOK. South Korea has a population of 51 million, but some people have multiple smartphones.

The increased spending in information technology has led to the reduction of employees in banks and other financial firms. 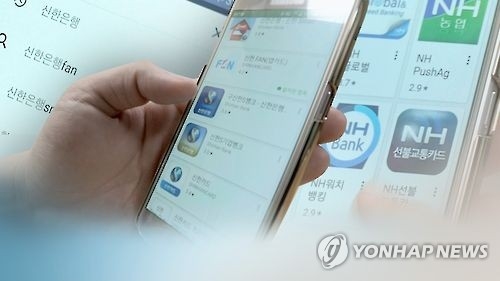 IT budget of financial firms hits record high in 2016

IT budget of financial firms hits record high in 2016