(ATTN: UPDATES with details on Yoon's statement regarding meeting Lee in paras 5, his penalty from team in para 6)

SEOUL, July 10 (Yonhap) -- A South Korean professional baseball pitcher was charged with driving under the influence of alcohol on Monday.

Songpa Police Station in Seoul said Yoon Ji-woong, left-hander for the LG Twins in the Korea Baseball Organization (KBO), was booked without physical detention after failing his breathalyzer test following a fender bender near his apartment in the capital city.

Police said Yoon's blood alcohol content level was 0.151 percent, enough to warrant the revocation of his license. The legal limit is 0.05 percent.

Yoon told police he'd consumed alcohol at a post-game party with former Twins' star Lee Byung-kyu, who had his retirement ceremony on Sunday.

But the Twins later clarified that Yoon had drinks at a separate dinner with his acquaintances and he only briefly stopped by Lee's party. Yoon apparently apologized for the confusion, saying that his whereabouts at that time must have been misinformed while making the statement to the police.

The baseball team has suspended Yoon for the rest of the year, imposing a fine of 10 million won (US$8,690). 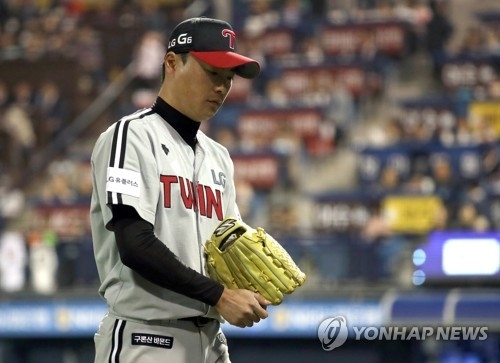