SEOUL, July 10 (Yonhap) -- The minor opposition People's Party will elect its new leader next month, party officials said Monday, as it strives to regain public trust in the wake of a recent fake tip-off scandal and election defeat in May.

The officials said that the party will hold a national convention on Aug. 27 in Seoul to fill the top post that has been vacant since former leader Park Jie-won resigned on May 10 to take responsibility for the humiliating defeat in the presidential vote.

The new leader is set to lead the party until early 2019.

The priority for the new leader will be to overcome the crisis and regroup the party ahead of the gubernatorial and mayoral elections next year, which are seen as a public referendum on President Moon Jae-in's first year in office, observers said. 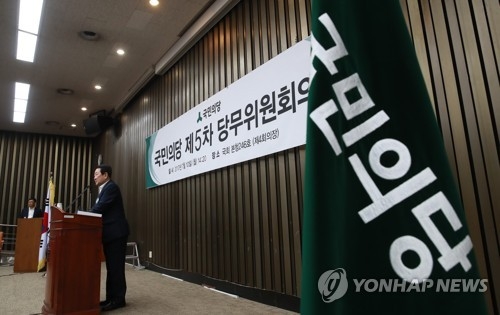