According to Reuters, U.S. Ambassador to the U.N. Nikki Haley told some U.N. diplomats about the plan late last week, after North Korea test-fired an intercontinental ballistic missile on Tuesday.

It was the North's first test of an ICBM apparently designed to hit the mainland U.S.

As a permanent member of the U.N. Security Council, Washington has been pushing to draw up a new sanctions resolution against Pyongyang. But it is unclear whether Russia, another permanent member with veto power, will agree. Last week, the council failed to adopt a press statement condemning the launch due to opposition from Russia, which argues the launch was of a medium-range missile.

Reuters noted that it took three months for the council to agree to tightened sanctions following the North's nuclear test in September and that it would be unusual for new sanctions to be adopted so quickly.

North Korea is under a range of sanctions for its nuclear and missile tests, which are banned under existing U.N. resolutions. 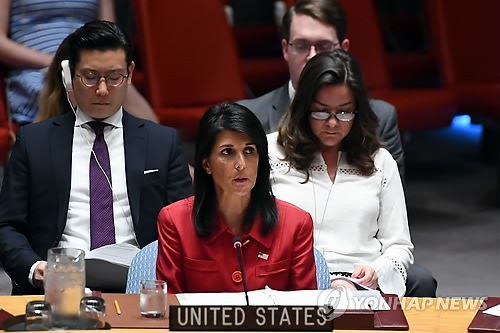