SEJONG, July 11 (Yonhap) -- Some 1.3 million youths may end up jobless in 2021 if the job market cannot accommodate the outflow of echo boomers, the finance ministry said Tuesday.

Based on population and employment estimates provided by Statistics Korea, the Ministry of Strategy and Finance said there were 3.232 million people in the 25-29 age group last year, with 2.329 million of them employed. This would mean that some 95,000 people in the group were without jobs.

The ministry expects the age group's population to increase to 3.377 million this year as the echo boomers enter the job market. Unless job availability improves, more than 1 million of them won't be able to find employment, statistics indicate.

Echo boomers are children of the baby-boom generation, born between 1991 and 1996, and now graduating from college.

The ministry estimates that the youth population will peak at 3.67 million in 2021 before starting to decline. If the current job shortage continues, some 1.341 million people in the youth group would be jobless in 2021.

Finance Minister Kim Dong-yeon addressed this point in his confirmation hearing statement last month, saying that youth unemployment will become "very severe" in the next four to five years as the echo boomer generation enter the labor market. 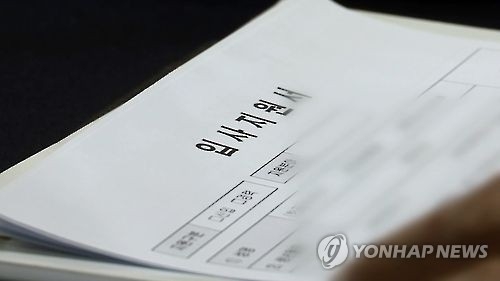