The South Korean tech giant introduced the Q6 and Q6 Plus, which have internal storage capacities of 32 gigabytes and 64 GB, respectively.

Both devices come with a 5.5-inch "Full Vision" display, which was also adopted by the 5.7-inch flagship G6 smartphone.

The company said the Q6 will come with a wide-angle camera at the front, which allows seven to eight people to take selfies at the same time.

The camera resolution at the front and back stands at 5 megapixels and 13 megapixels, respectively. The Q6 also has a non-removable battery with a capacity of 3,000 mAh.

"Users will be able to enjoy premium features at an attractive price point," the company said, describing the Q6 as a "semi-premium" smartphone.

LG, however, said it has not finalized the price details. Industry watchers said the price tag of the device is estimated to be around 500,000 won (US$435).

The company said it plans to start sales of the LG Q6 in August not only in South Korea but also in other major markets around the globe, including North America, Europe and Africa. 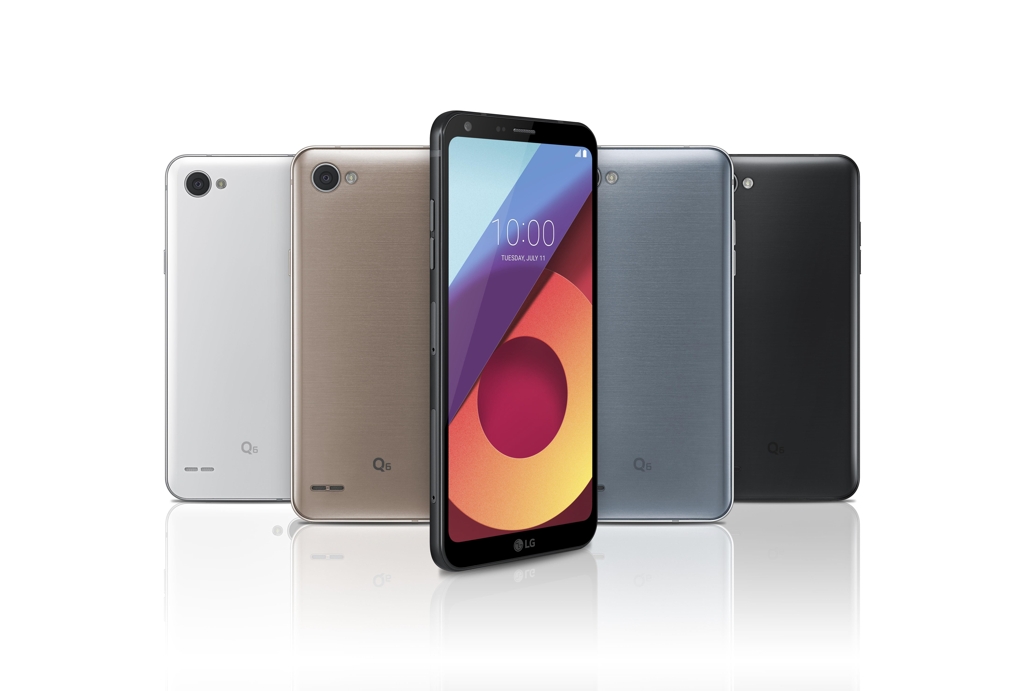