SEOUL, July 11 (Yonhap) -- On the strength of a strong finish at the latest LPGA tournament, South Korean Kim Sei-young returned to the top 10 in the women's golf rankings Tuesday.

Kim moved up a spot to No. 10 in the latest rankings, joining four other South Koreans inside the top 10. Kim traded places with South Korean rookie Park Sung-hyun, who fell to No. 11.

Kim finished in third place at last weekend's Thornberry Creek LPGA Classic, thanks to a blistering final round of nine-under 63. It was Kim's second consecutive top-10 finish and her fifth this season in 14 tournaments.

Kim won the Citibanamex Lorena Ochoa Match Play in Mexico City in May for her sixth career LPGA win. 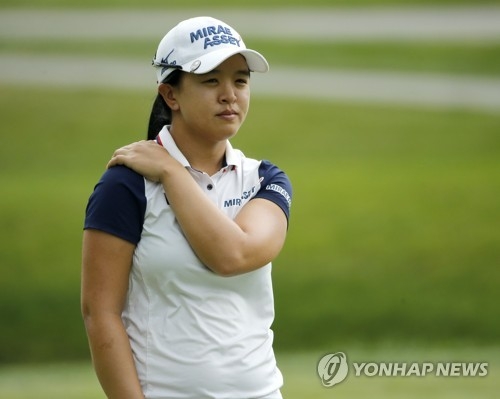