According to the data provided by KB Securities, a total of 62,617 excavators were sold in China in the first five months of the year, more than doubling from a year earlier.

In the case of Doosan Infracore, the company saw its excavator sales reach 5,329 units during the cited period, already surpassing last year's total of 4,627, the data showed.

Backed by robust sales in China and other overseas markets, Doosan Infracore logged 148 billion won (US$131 million) in operating income in the first quarter of the year, up 33.4 percent from a year earlier, on sales of 1.56 trillion won, also up 8.9 percent.

Its stellar performance was driven by strong demand in China and emerging markets, where budget spending on infrastructure and big construction projects increased.

In China alone, Doosan Infracore logged 221 billion won in sales in the first quarter, a surge of 62.3 percent from the year earlier period.

Demand for excavators has been on a steady rise in China, which roughly accounts for a third of the world's construction equipment market. 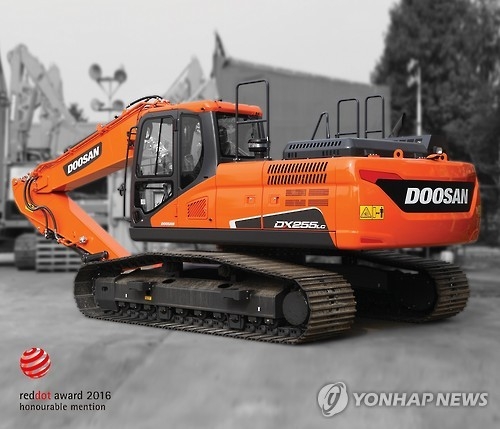