The group dropped the EP album "The Red Summer" on July 9, presenting its cute and bright charms.

The album has five tracks, including the title piece "Red Flavor."

It is an up-tempo genre dance song with an exciting summer atmosphere. Its lyrics describing hot summer and exhilarating feelings of love in the color of red are interesting.

The music video captures the attention of viewers by expressing in a witty way each member with five kinds of fruits -- watermelons, pineapples, oranges, kiwis and grapes. So you can feel the refreshing charm of the group, which goes well with the cool summer.

The group is to perform in various TV music programs to promote the new album. 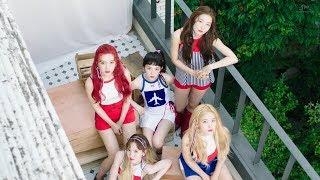