The Kona SUV went on sale June 27 in the domestic market to absorb growing demand for crossovers helped by low oil prices and signs of steady growth.

"The Kona SUV will be Hyundai Motor Group's first subcompact SUV that will be introduced in the global markets. The new vehicle focuses on safety and performance features to better compete with existing subcompact SUVs," Senior Vice President Lee Kwang-guk in charge of domestic sales operations at Hyundai Motor said in a press conference held ahead of a media test-drive event.

The new vehicle comes with either a 1.6-liter gasoline turbo engine or a 1.6-liter diesel engine in the domestic market. The car has a seven-speed dual clutch transmission that sends power to the front or to all four wheels depending how the car is configured. 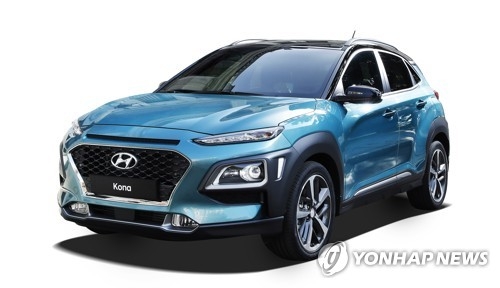 Faced with slowing sales in China and the U.S., Hyundai is stepping up efforts to diversify its SUV lineup by launching a variety of models, including a high-performance one, from the smallest A segment to the largest E segment.

Hyundai has been working on the development of performance models, including the "N" brand, since 2013 to enhance its brand image. It plans to launch the i30N hatchback in Europe later this year to boost sales.

In the January-June period, Hyundai sold a total of 2.2 million vehicles globally, down 8.2 percent from 2.4 million units a year earlier. Given this trend, the carmaker may miss this year's sales target of 5.08 million units. 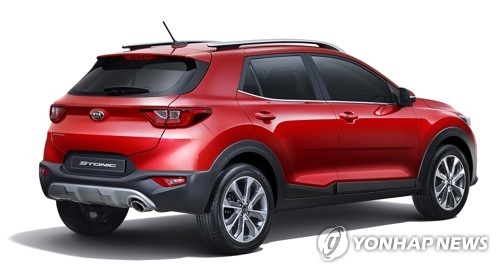 Hyundai and Kia, which together form the world's fifth-largest carmaker by sales, said they are eyeing a combined 8.25 million in sales this year, up from 7.9 million in 2016.