"On the back of an upturn in global trade, upbeat exports and investment pushed up the South Korean economy to a large extent, while domestic demand remained weak due to sluggish private consumption and service sector output," the finance ministry said in its monthly economy assessment report called the "Green Book."

The report is based on the latest economic indicators of such key factors as output, exports, consumption and corporate investment, which could provide clues as to how the economy has been fairing in recent months.

Exports rose for eight months in a row through June to spearhead the recent upside cycle of Asia's fourth-largest economy thanks to stellar overseas sales of chips and petrochemical products, marking the longest winning streak since 2011.

Facility investment turned around to move up 1.8 percent in May from a month earlier on increased demand for semiconductor equipment and machinery, while industrial output also rebounded to climb 0.2 percent on-month in May.

However, such gains were offset by a 0.9 percent on-month drop in retail sales and a 0.3 percent fall in service production in May as people are still reluctant to spend money.

The finance ministry said that external downside pressures, including geopolitical risks centered on North Korea and a potential rate hike by the United States, will weigh on the South Korean economy in the coming months, despite a positive sign in consumer sentiment, which hit a more-than six year high of 111.1 in June. 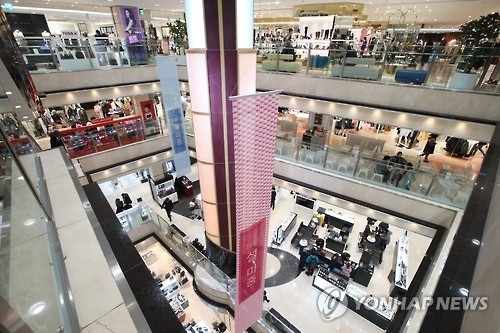