SEOUL, July 11 (Yonhap) -- Russia's oil exports to North Korea sharply increased in the first four months of the year amid the international community's sanctions on the country, a U.S. broadcaster said Tuesday.

Russia shipped US$2.3 million worth of oil products to North Korea between January and April, up more than 200 percent on-year, Voice of America said, citing Russian customs data. 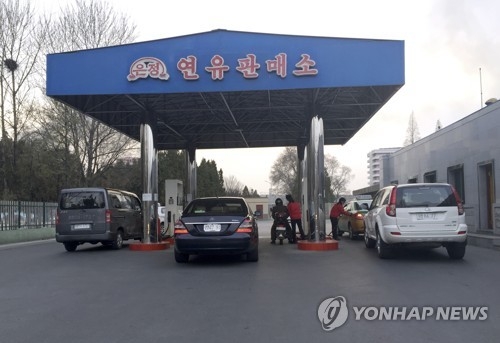 The amount of the oil shipments posted about 4,100 tons during the period, up 150 percent from a year before, the broadcaster said, adding that some 96 percent of the exports were oil products other than crude oil, such as heavy oil, motor oil, pressure oil and lubricants.

Crude oil and oil products, except for aviation gasoline and jet fuel, are not subject to U.N. sanctions on the North, with aviation oil allowed to be shipped to the country only for humanitarian purposes, the broadcaster said.

North Korea is reportedly turning to Russia for oil supplies as it is having difficulties in securing them amid sanctions, it added.

The isolated country relies almost entirely on China for its oil supply.
(END)