The Board of Audit and Inspection (BAI) raised suspicions that the Korea Customs Service (KCS) arbitrarily applied rules to eliminate Hotel Lotte Co. from receiving a license to run a duty-free store in Seoul in its July and November biddings.

According to the inspection result, the KCS lowered grades for Lotte by some 190 points while marking up that of a bidder from the duty-free operating unit of Hanwha Group by as many as 240 points in the July bidding.

A similar malpractice was carried out for the subsequent November bidding in favor of a midsized duty-free operator affiliated with Doosan Group, it said, leading to a consecutive blow for Lotte, the country's largest duty-free operator.

In Korea, the customs service has the full authority to grant licenses for city duty-free shops, which is subject to renewal every five years through a competitive bidding.

The KCS is also suspected of making four extra placements only nine months after the November bidding to mainly help Lotte win back its licensing for a key branch in eastern Seoul. The BAI believes that such a rash decision came at the behest of now-ousted President Park Geun-hye, after she had a meeting with chiefs of top conglomerates, including Lotte.

Such an accusation is included in the prosecutions' charges laid against Park, who's been detained and standing trial on bribery and other charges since her removal from office March 10. The BAI, however, stopped short of making a conclusion over whether the resumed bidding was a favor from Park in return for their suspected contributions to two foundations linked to the scandal.

Based on the conclusion, the BAI asked the prosecution to investigate the KCS over the possible irregularities in violation of obstruction of business and recording false documents.

It also requested a probe on the incumbent head of the customs service and officials who were in charge of the bidding and nullification of the licensing on Hanwha and Doosan stores if they are found to be true. 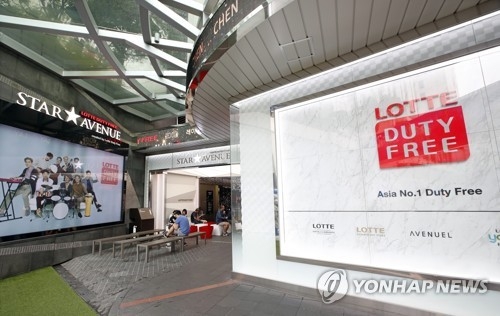