"Taemin will release his third album as an individual artist next month," S.M. Entertainment said in a release. "This would be his first album in 1 1/2 years."

The agency, however, did not reveal the exact date of the album's release.

The singer is scheduled to hold his first individual concert in his home country at the Olympic Hall inside Olympic Park in southeastern Seoul on Aug. 26-27, timed with the album's release.

In the concert titled "Off-sick," Taemin will perform less known songs off his individual albums and tracks from the new album, as well as his hit songs.

He had his first individual Japan concert in Tokyo on July 1-2, drawing 28,000 fans. He is also scheduled to unveil his second Japanese EP "Flame of Love" next Tuesday. 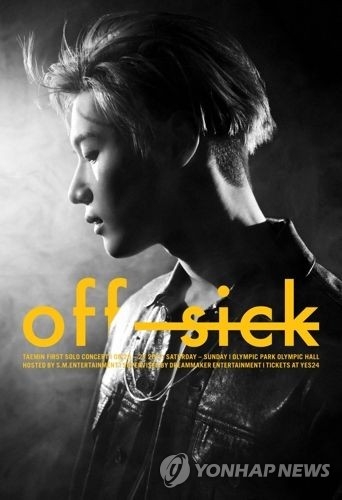