SEOUL, July 11 (Yonhap) -- The number of visitors at the country's tallest skyscraper built by retail giant Lotte Group has recently topped the 10 million mark, its operator said Tuesday, marking the 100th day of the building's opening.

The 123-story Lotte World Tower, which opened in early April, had a daily average 120,000 visitors, according to Lotte Corp.

The sales at the larger shopping complex encompassing the 555-meter-high building surged 20 percent on-year after the opening, it said. The figure excludes a revenue tally from its duty-free business, which was hit by falling tourists amid Seoul's diplomatic row with Beijing over the deployment of a U.S. missile defense system here.

Along with brand shops, the skyscraper consists of office space, lavish residences, a luxury hotel named Signiel Seoul and a glass observation deck. A total of 450,000 people have visited the country's highest observation deck Seoul Sky so far, according to the company.

The opening of the skyscraper came amid mounting concerns over Lotte's businesses following China's ban on its travel agencies from selling tour packages to South Korea in an apparent retaliation over the deployment of the THAAD battery.

Building a skyscraper that would attract visitors from around the world had long been a dream for the group's founder Shin Kyuk-ho, until the envisioned plan finally became a reality nearly three decades after he first unveiled the proposal. 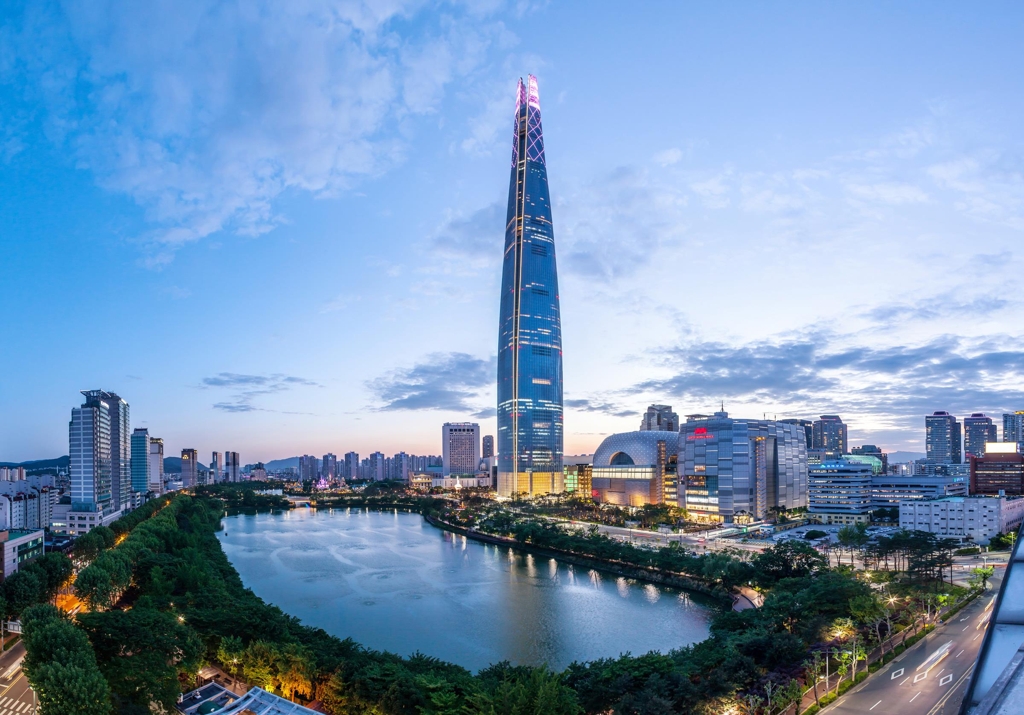