The K League Classic club said Subotic, who has dual Swiss and Bosnian nationality, will play for them for the remainder of the 2017 season, although they didn't disclose the details of the contract.

A product of the FC Basel youth team, Subotic began his pro career with the English club Portsmouth FC in 2008 but was soon loaned to the Belgian side Zulte Waregem. He then had stints in Italy, Romania, Ukraine, Azerbaijan, Kuwait and Moldova. Last year, the 28-year-old was with the Azerbaijan outfit Gabala.

Subotic scored 42 goals and made 14 assists in 146 league matches with these clubs, Ulsan said. He had six caps with the Swiss U-19 team.

Ulsan said Subotic will boost their attack with his strong physical ability and powerful strikes. The club added that its Croatian forward Mislav Orsic will help Subotic, who was born in Zagreb, adjust to the league.

Ulsan are currently third in the 12-team K League Classic, but they've scored just 18 goals in 19 matches, the third worst tally in the league this season. 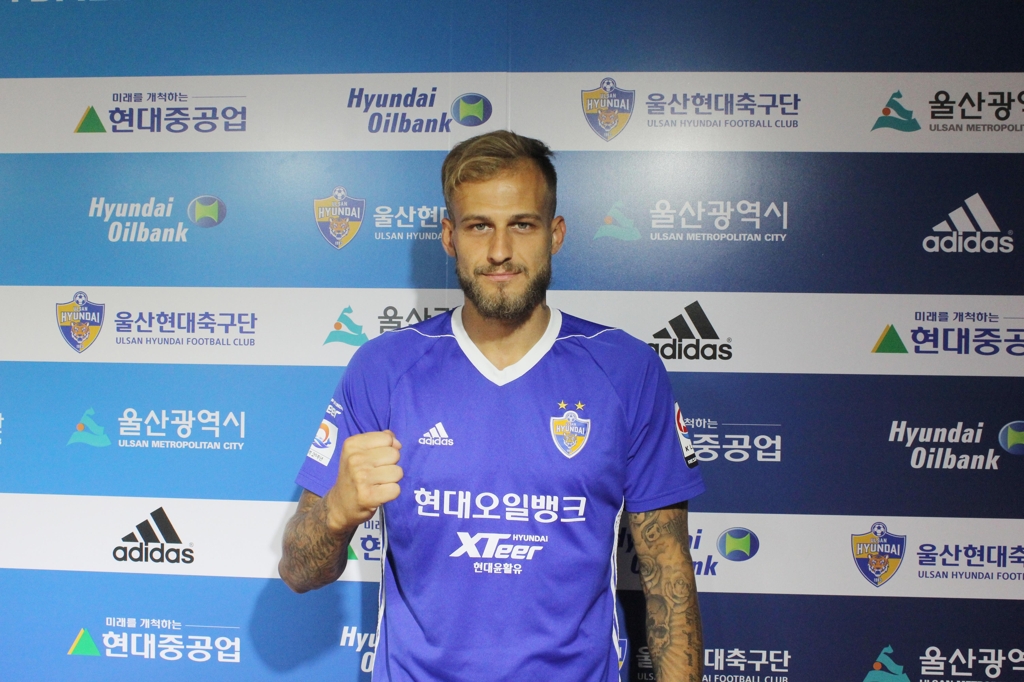