SEOUL, July 11 (Yonhap) -- South Korea will continue to work to expose the grim history of Japan's wartime sexual enslavement of Korean women to the international community as a lesson learned from history, the foreign ministry here said Tuesday.

"Our government's coherent stance is that we will continue efforts to make the comfort women issue a lesson from history and give the next generations the truth (about the issue)," Cho June-hyuck, spokesman at the Ministry of Foreign Affairs, said in a press briefing. 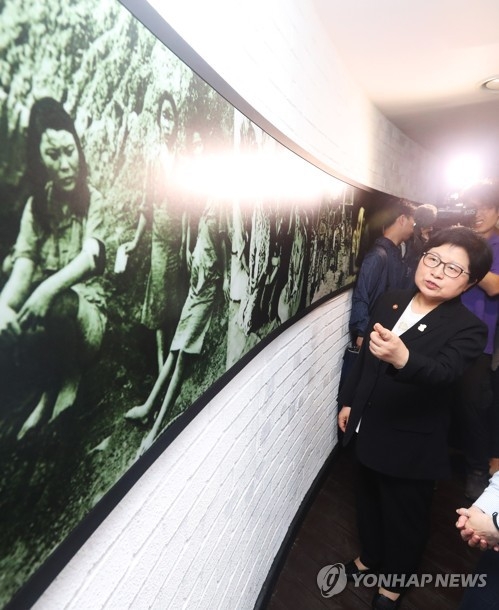 Visiting a home for the victims, euphemistically called comfort women, South Korea's Gender Equality and Family Minister Chung Hyun-back said a day earlier that her ministry will assist a civic group's plan to seek UNESCO heritage status for the relevant documents. She also unveiled a plan to build a museum in central Seoul in commemoration of the victims.