Jeju said they've acquired Ryu from Leverkusen, but didn't disclose the terms of the contract. The 23-year-old attacking midfielder first joined Jeju in November 2013 but was loaned out to Leverkusen one month later before even playing in the top-flight K League Classic.

In 2014, Ryu signed a permanent transfer deal with Leverkusen that ran through 2018. But he failed to find his spot with the Bundesliga club as he had loan spells with Eintracht Braunschweig and Arminia Bielefeld in the second division. Last season, he was with Hungarian outfit Ferencvaros.

"If I had to return to the K League, I thought it had to be Jeju," said Ryu, who is currently in rehab after having shoulder surgery in March. "Since Jeju can still win the league title, I will prepare hard to help this time."

With 28 points, Jeju are currently sixth in the 12-team league with 20 matches left, 10 points behind the first-place Jeonbuk Hyundai Motors.

Ryu was part of the South Korean team that reached the quarterfinals at the 2016 Rio de Janeiro Olympics. He scored a hat trick in the 8-0 win over Fiji in the group stage, becoming the first South Korean player to net three goals in an Olympic match. 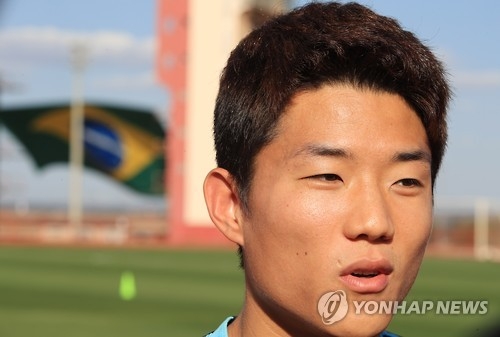