SEOUL, July 12 (Yonhap) -- Doh Ga-young and Han Woo-jin consider each other just close friends. But people around them suspect things between them are more than that. The confused young adults slowly get to discover true feelings toward each other.

So goes the story in "Something About Us," a webtoon, or web-based comic by South Korean cartoonist Lee Yun-ji. Having been exclusively featured on Lezhin Comics, it is by far the most-read webtoon, with more than 123 million cumulative views on the country's largest paid comics platform.

Lezhin is one of Korea's leading webtoon companies that are making a push in the U.S. market. The company, which started off with 40 series in June 2013 in Korea, launched the English service on Christmas eve 2015, five months after it made an ambitious foray into the Japanese market -- the globally leading market for comics, known as manga in Japanese. 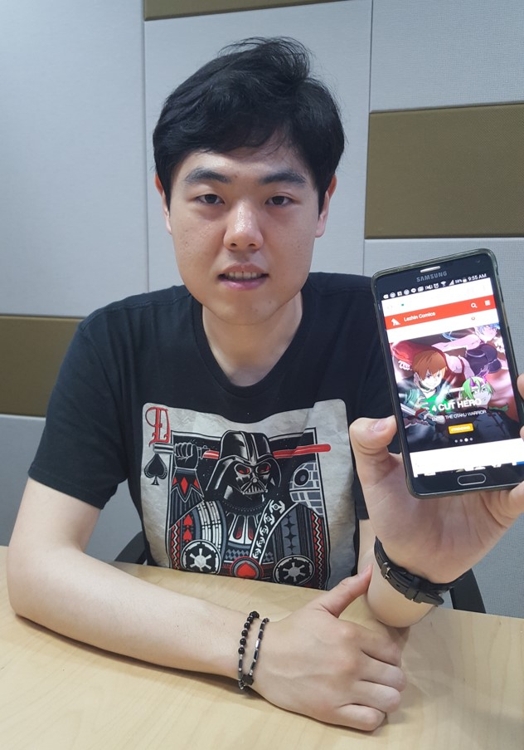 In less than two years, the English service has expanded significantly, with around 130 series available from a mere 12, demonstrating the Korean firm's dedication to break into one the world's biggest content markets.

While the U.S market for webtoons is considered still nascent, many Korean content makers are seeing business potential there. It is a $670 million market as of 2015 where users are open to pay for high-quality content, according to the recent report, "Content Industry Trend of USA," published in May by the Korea Creative Content Agency (KOCCA).

Since Korea's portal site, Daum, introduced in 2003 the concept of reading comics online by scrolling down the computer screen, webtoons have grown into one of the most important, original cultural products in the country.

Digieco, a research firm run by Korea Telecom (KT), estimated the size of the Korean webtoon market to expand into 1 trillion won, or US$869 million, by 2020, from 420 billion won in 2015. The firm attributed the creation of added value through merchandising of character products, licensing business and remakes to the rosy picture.

Some of the hit webtoons have been actively adopted into other media like TV series and movies. In case of Daum, 106 out of 500 webtoons that've been published on the site have been remade as such, according to the KOCCA report. 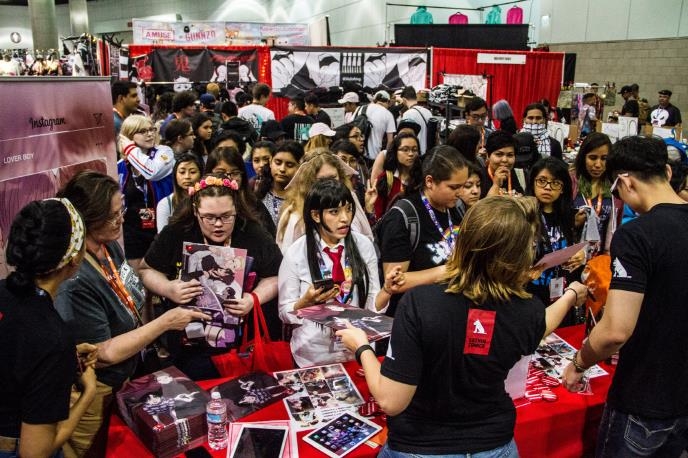 In January, Netflix announced a plan to produce its first Korean original series, "Love Alarm," based on the webtoon by Chon Kye-young, which is expected to premiere on the network sometime next year.

"It is an honor for Netflix to collaborate with a great storyteller like Chon and a visionary producer like Lee (producer Lee Jae-moon) for our very first Korean original production. Working together, we look forward to transforming this wildly imaginative story into a top-quality drama series for over 86 million Netflix members around the world," Erik Barmack, vice president of International Originals, was quoted as saying in a statement by the company on Jan. 5.

Many Korean webtoon companies, big and small, have already made inroads into the U.S. market.

Kakao Corp., which runs the portal site Daum, has introduced Korean webtoons through partnership with overseas content platforms such as San Francisco-based Tapas, China's Tencent and Piccoma, the Japanese version of Kakao Page.

Meanwhile, Naver, the country's biggest portal site, launched a global service, Line Webtoon, in July 2014, which is now serviced in five languages -- English, Chinese, Taiwanese, Thai and Indonesian. As of April 2017, 209 webtoons were available on the free content platform.

As part of its efforts to localize and enrich content, Line Webtoon sealed a partnership in July 2015 with POW! Entertainment, founded by American comic legend Stan Lee, in seeking new talent through its Superhero Comics Contest. Last December, it established the overseas subsidiary WEBTOON Entertainment in Los Angeles to speed up the foray into the U.S. market. 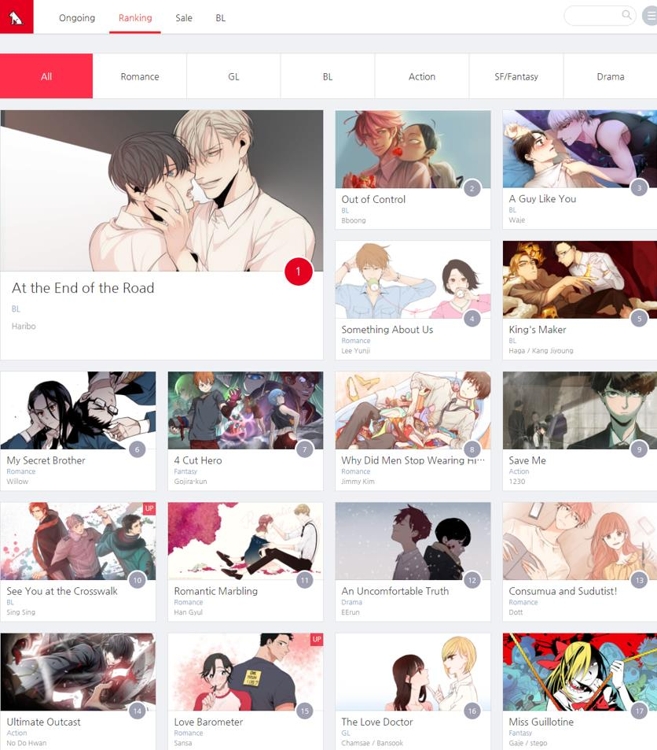 While the big webtoon firms mostly offer content free of charge to expand their user base and make money through advertisements and merchandising, Lezhin and other Korean startups like Tappytoon have successfully adopted the paid subscription policy in the U.S. market. Due to this sustainable business model, the two are one of the top grossing apps in the Book section of Apple's App Store.

From the onset, Lezhin stuck to its mostly pay-per-episode policy, despite widespread doubts as to whether consumers would pay for webtoons. Now subscribers reach more than 10 million, who have viewed comics more than 3.5 billion times on the platform -- online and mobile -- according to the latest data provided by the company. Sales jumped to 39.1 billion won last year from 980 million won in 2013.

"The most important factor in selecting a new comic for the English service is a storyline. There aren't such things that a certain genre takes off in the U.S. market no matter what. The bottom line is the story should be interesting," said James Kim, president of strategy and marketing at Lezhin, who also runs Lezhin's U.S. operations. 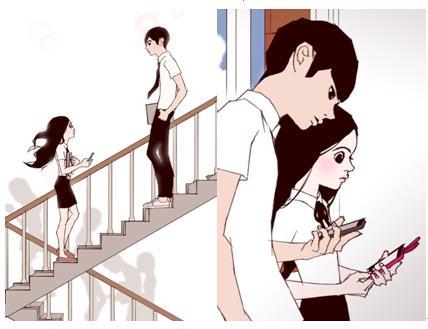 Earlier this month, the company participated in the Amine Expo 2017 in Los Angeles for the first time to introduce Lezhin's webtoons and offer a rare event where American fans can meet popular Korean cartoonists.

"Meeting readers of my work in person was an unforgettable experience that I will cherish dearly," wrote Koogi, author of "Killing Stalking" who attended the meet-and-greet event, on the Lezhin website.

The crowd was much bigger than the company had expected.

"Fans snaked around our booth for the autograph sessions, so much so that security guards came a few times a day to control the line. We've received a lot of precious feedbacks from American users in terms of our content and service," Kim said. "We haves already booked the booth -- twice as big -- for next year."

The mobile environment is expected to become more user-friendly. When people feel more comfortable reading comics on their smartphones, that will help the company expand further, he said, adding that Korean content can have a competitive edge for people looking for something unique and different. 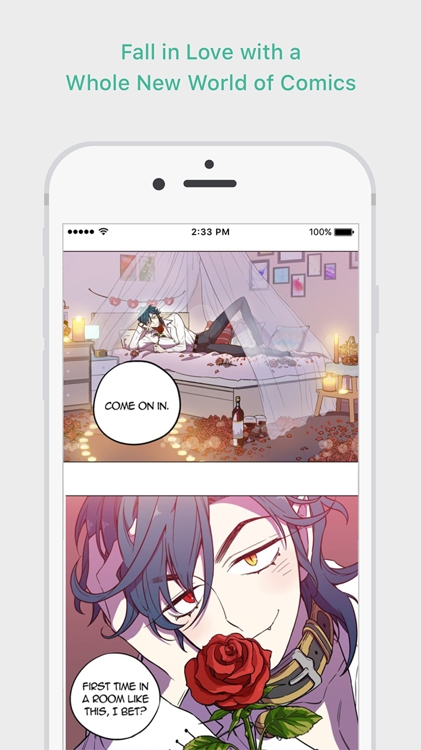 Meanwhile, the webtoon startup Tappytoon has set out to fill the niche market by aiming for a narrower audience since it rolled out its service last July.

The relatively late-comer targets English-speaking women in their late teens and 20s who are more likely to have been exposed to Korean culture through K-pop and dramas, said Bang Sun-young, the company's co-founder and director of business development.

"Korean-style romance, in which a relationship unfolds very slowly and tantalizingly, has a universal appeal among young women. Things aren't happening quickly, which makes readers want more," she said.

Given the fact that U.S. consumers are open to a wide variety of different cultures and heavily consume digital content, Bang said the company remains quite positive about business growth potential in the still fledging market.

"Small companies like us can benefit from the big players, which, with deep pockets, have been working to grow the market's pie," she said.