SEOUL, July 12 (Yonhap) -- South Korea's shippers and shipbuilders reacted differently Wednesday to a decision by the International Maritime Organization (IMO) to delay the implementation of a ballast water convention.

The IMO's marine environment protection committee last week postponed the International Convention for the Control and Management of Ships' Ballast Water and Sediments, or the BWM Convention, for two years. The pact will go into effect in 2024 instead of 2022.

The convention requires all vessels plying internationally to be equipped with a system to clean their ballast water before releasing it into the ocean to prevent the transfer of alien marine species, such as bacteria and microbes.

Local shipping companies have been concerned about the cost of system installation, which the Korea Shipowners' Association estimated at 60.9 billion won (US$52.95 million) for the 126 foreign-flagged vessels if the convention were to be implemented as initially scheduled. The cost would increase to some 350 billion won over the next five years, the association has said. 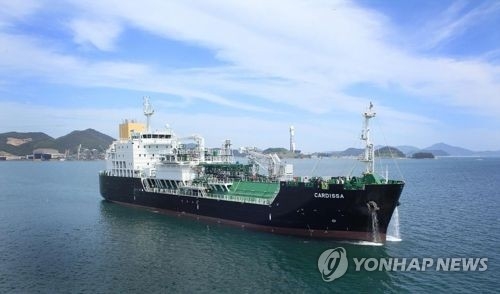 "It is true that for shipping companies, the additional cost is a burden," an industry official said. "The regulation has not been scrapped, but we are relieved that we earned two more years before the implementation."

For shipbuilders, however, the postponement means lost business opportunities.

The convention likely would have prodded shipowners of aged vessels to order new ships built with the ballast management water management system rather than spending up to 5 billion won to install the system on existing ships. The local stock market previously predicted that shipbuilding orders could increase 49 percent as a result of the convention.

A shipbuilding industry official said he knows the market conditions have not changed since the IMO has only delayed the convention.

"But the delay is still regretful when we are in need of every single order," he said.
(END)