The number of workers at 108 financial institutions was tallied at 194,422 as of the end of March, down 3.3 percent, or 6,625 employees, from a year earlier, according to a survey conducted by corporate tracker CEO Score.

The financial institutions, meanwhile, witnessed an increase of 146 executives, or 6.2 percent, to 2,486 from 2,340 during the same time span.

Credit card firms removed 755 workers, or 6 percent of their workforces, while adding 24 executives, or 17 percent more, during the period.

Such shifts in manpower also took place at insurance firms that saw employee numbers backtrack 1 percent although executive numbers rose 14.4 percent. Securities companies reduced the number of their employees by 1.4 percent and increased executives by 1 percent during the period.

By company, Hyundai Card Corp. had the highest percentage gain for its executives, a 67.9 percent rise, by adding 19 new senior posts. It reduced its total employees by 19.4 percent, or 558. 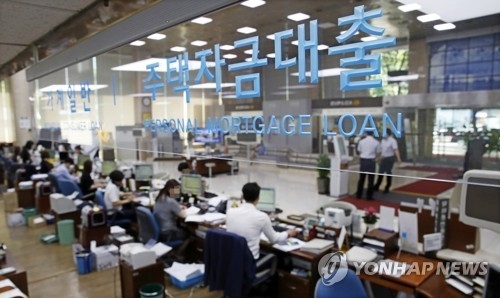