South Korea's No. 1 mobile carrier SK Telecom Co. said it will start the sales of the 5.7-inch Galaxy A7 this week.

The device supports the Bixby Home, one of the key features of Samsung's voice recognition system Bixby first adopted by the Galaxy S8 smartphones.

The Galaxy A7 comes with 16-megapixel cameras at both the front and back, along with a 3,600 mAh battery. The device also supports Samsung's mobile payment platform, Samsung Pay.

"Due to the rising number of users wishing to enjoy premium features for a reasonable price, the company decided to launch the Galaxy A7 with Samsung Electronics," SK Telecom said in its release, adding it will seek to expand its number of budget smartphones. 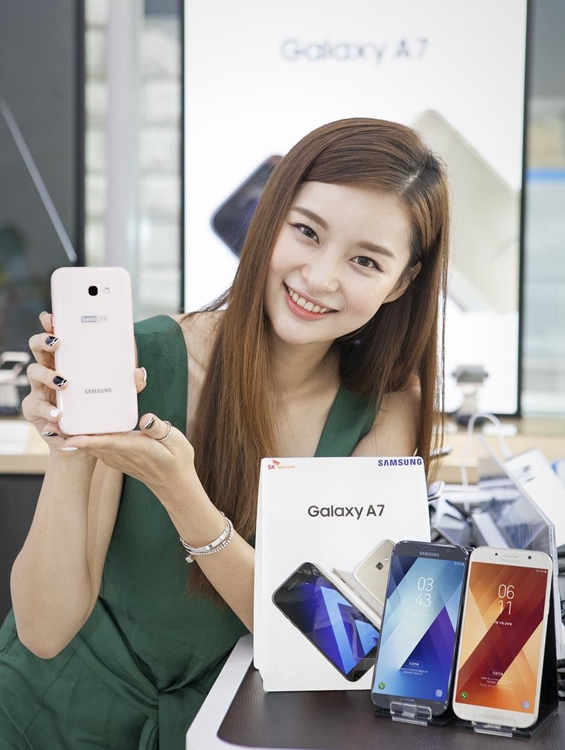