SEOUL, July 12 (Yonhap) -- LG Electronics' smartphone business has been struggling to extricate itself from a quagmire caused by stubborn losses and a weak brand image, but local market watchers said Wednesday they remain optimistic the company can pull off a rebound going forward.

The tech giant's slump is all the more stark because of how well its main domestic rival Samsung Electronics is doing at home and abroad. LG suffered 1.5 trillion won (US$1.3 billion) in operational losses from 2015 to the first half of this year after nine consecutive quarterly losses. Samsung raked in nearly 22 trillion won in operating profits during the same period.

Market conditions for LG are at its lowest ebb. Apple Inc. and Samsung dominate the premium smartphone segment, and the cheaper phone market has gone to Chinese brands, making it hard for the South Korean mobile device maker to appeal to consumers.

Analysts are still hopeful of LG's comeback, however, especially with a new strategic smartphone due for release later in the year, the V30. 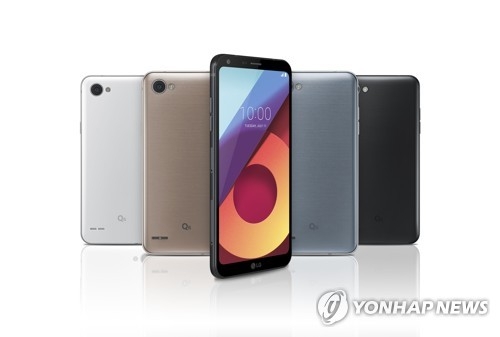 Why LG's mobile business hasn't taken off leaves much to interpretation, but many market watchers point to the tech firm's late response when smartphones were first introduced. Samsung quickly caught up to Apple Inc.'s iPhone with its Galaxy S series, but LG took too long with its own entry, they say. By the time it came out with the Optimus and G series, the market was already taken over by the top two with no room for a third player.

Many keeping tabs on the company said while it has not faired that well, LG does have a presence in the mid- and low-priced handset market, especially at home and in North America, even though it is facing stiff competition in this segment from Chinese labels like Hwawei.

The industry estimate for LG in the second quarter this year is around 100 billion won in losses after the company's latest flagship, the G6, underperformed in sales, not meeting the 2 million units targeted by the company.

"A success of a premium model is essential in order to increase overall smartphone sales and to secure profitability," the expert pointed out.

The point made by Park is why market watchers are waiting for LG's next smartphone release.

LG is scheduled to launch the V30 in the latter half of this year. Together with its mid-priced Q6 marketed Tuesday, the company will have a complete new lineup in all price ranges.

The company has, moreover, restructured its mobile division to increase effectiveness and bolster its distribution network. 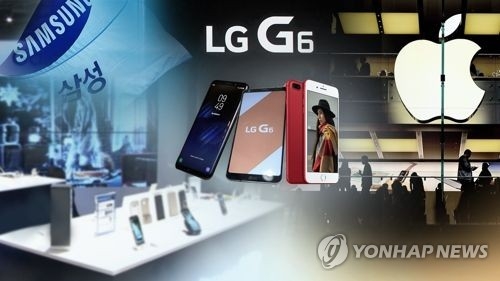 "We are in the process of improving our smartphone business system and overcoming the slump," an LG official said. "We are aiming for a rebound through the Q6 and the V30, with their strength in display, camera and audio."

Market watchers have given positive outlooks toward LG's latest moves.

"The mobile and communications business division would be able to lessen the scale of losses by lowering the marketing cost in the third quarter and gain traction with the V30 in the strategic market," Kim Ji-san of Kiwoom Securities said. "The risks of the smartphone business will decrease through the company's strong foothold in the mid-priced segment and strengthened partnership with Google."

"With the decrease in the marketing cost for the G6 and the rise in average sales price expected after the new flagship V30 hits stores, the company will be able to gradually narrow the scale of its losses," he predicted.
(END)