Yoon will negotiate the contract terms with the Korea Football Association (KFA) following the technical committee's recommendation. Yoon's two-year contract ended last month, but the KFA is reportedly ready to offer another two-year contract to the 56-year-old, who will be tasked with leading the team to the 2019 World Cup in France.

South Korea and North Korea finished tied at 10 points with the identical records of three wins and a draw. But South Korea had a better goal difference, plus-20 to plus-17, and claimed the top spot in Group B.

As the winner of the qualifying event, South Korea will compete at the 2018 Asian Cup in Jordan, which also doubles as the regional qualification for the 2019 Women's World Cup. The top-five teams among eight nations at the Asian tournament will punch their tickets to the women's showpiece event. South Korea have played at the 2003 and 2015 Women's World Cups.

Yoon first took the helm of the women's team in December 2012 and renewed his contract after the 2015 Women's World Cup in Canada, where South Korea reached the round of 16 for the first time. 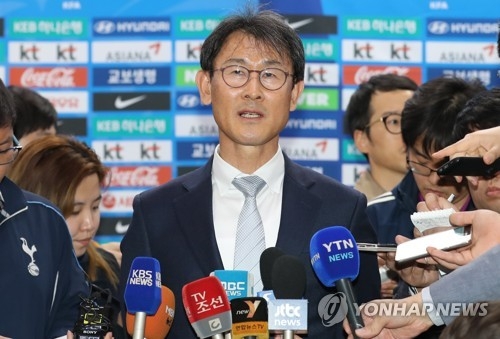