SEOUL, July 12 (Yonhap) -- Hanwha Total Petrochemicals Co., a 50-50 joint venture of Hanwha Group and Total SA, on Wednesday said it has increased its annual output of paraxylene by 200,000 tons at its facility in South Korea after a two-month upgrade.

The second plant in Daesan, some 120 kilometers south of Seoul, will have an annual capacity of 1.2 million tons of paraxylene.

Paraxylene, derived from crude oil, is a raw material used in the production of polyester, widely used for clothes.

When the output from its first plant in Daesan is combined, annual production of paraxylene will hit 1.9 million tons, according to Hanwha Total.

The joint venture has spent a total of 133 billion won (US$117 million) to increase output.

Hanwha Total was set up in 2015 after Hanwha's purchase of South Korean conglomerate Samsung Group's petrochemicals business, which included the group's 50 percent stake in the Daesan complex. 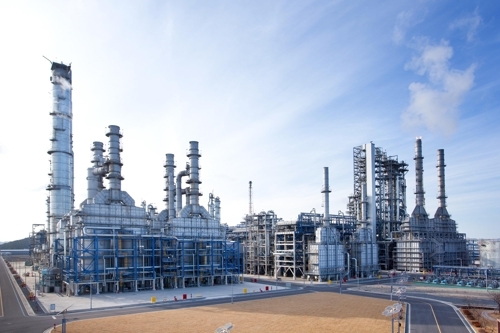