The Korea Ice Hockey Association (KIHA) said the 22nd-ranked South Korea and No. 5-ranked Sweden will meet on July 28 and 29 at Gangneung Hockey Centre in Gangneung, some 230 kilometers east of Seoul. The puck drop for the first game is 7 p.m., and the second game starts at 3 p.m.

The two countries will also clash in the preliminary round at the PyeongChang Winter Olympics next February. They're in Group B, along with Switzerland and Japan.

South Korea received a spot as the host and will make its Olympic debut on home ice. Sweden qualified by ranking inside the top five after the 2016 IIHF Women's World Championship.

Coached by former U.S. collegiate standout Sarah Murray, South Korea has taken major strides this year. In April, South Korea won the IIFH Women's World Championship Division II Group A tournament as the host, and earned a promotion to the next level of competition, Division I Group B, for the first time.

Sweden has stayed at world No. 5 since 2014 and hasn't fallen out of the top 10 in the last 10 years. Sweden has competed in every Olympics since the women's tournament was introduced in 1998. 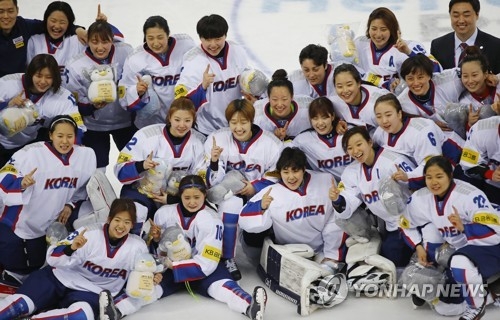