SEOUL, July 12 (Yonhap) -- Ahn Cheol-soo, the former presidential candidate of the minor opposition People's Party, broke his silence and apologized Wednesday over a fake tip-off scandal that has sullied its image as a champion of "new clean politics."

The apology came hours after his former senior campaigner was arrested for an alleged role in the scandal and about a fortnight after a party member was accused of doctoring a tip-off against President Moon Jae-in's son in the runup to the May 9 vote.

After the scandal erupted late last month, the party saw its popularity tumbling to the lowest point since its launch early last year, and came under intense criticism from the public and the ruling Democratic Party.

The party's in-house investigation team has dismissed any involvement of its senior members in the scandal, whereas the prosecution is seen expanding its probe to see if any party grandees are implicated.

Last week, Choo Mi-ae, the ruling party leader, disparaged the outcome of the People's Party's self-initiated inquiry, claiming it is hurriedly scrambling to contain the fallout -- a charge that led to the embattled party's boycott of all parliamentary proceedings.

Opposition parties, including the People's Party, have called for an independent counsel probe into the allegations that Moon's son Joon-yong landed a job at a public agency in 2006 thanks to his father's influence.

But the Democratic Party dismissed the call as an attempt to hamper the ongoing prosecutorial probe and water down the case. 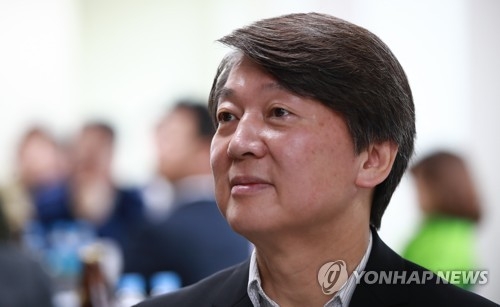