SEOUL, July 12 (Yonhap) -- South Korea will set up a system for Peru to manage national cultural heritage in a consolidated way by next year in response to the South American nation's earlier request, an official at a state-run aid agency here said Wednesday.

To that end, the Korea International Cooperation Agency (KOICA) will hold a briefing session on the "Project to Build a System for Integrated Registration and Management of National Cultural Heritage" at the Peruvian culture ministry in Lima later in the day, the official said.

In 2013, Peru asked Korea to help launch the system, while saying it lacks such system, although there are 130 national museums nationwide that hold enormous amounts of cultural assets, including UNESCO World Heritage Site Cusco, the historic capital of the Inca Empire in the 13-16th centuries, according to the official.

KOICA and Korean cultural experts then conducted field surveys, finding most of the assets managed insufficiently and separately. They finally reached a conclusion that an integrated management system is necessary.

During the briefing, KOICA will explain how to work out a master plan for the project, ranging from the development of hardware and software for the system to the dispatch of South Korean experts and the training of Peruvian officials, the official said.

On its side, the Peruvian government recently established a cultural law that requires all national cultural assets to be registered in the system that South Korea will establish, the official said.

KOICA will provide aid of US$8 million to the project, he added. 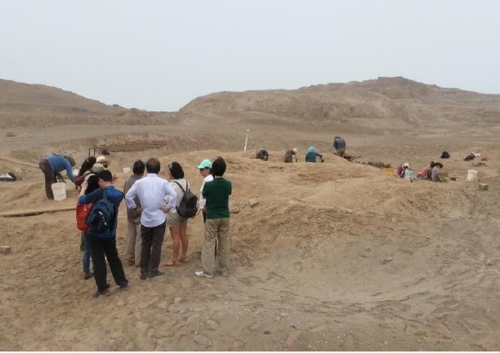