(ATTN: RECASTS throughout with ministry's explanation)

SEOUL, July 12 (Yonhap) -- South Korea's foreign ministry said Wednesday that it is conducting an internal investigation into allegations that a diplomat stationed in Ethiopia sexually assaulted a female subordinate.

A local news outlet reported that the high-ranking diplomat working at the South Korean Embassy to Ethiopia raped a subordinate official over the weekend.

The ministry confirmed the report, saying that the two met on Saturday night (local time) and had wine together before the incident happened. 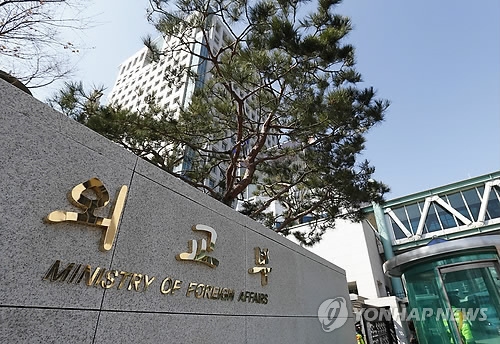 The victim claimed that she was heavily intoxicated and unconscious when the diplomat brought her to his home where she was raped, according to the ministry.

The ministry didn't provide details on the identities of the two citing privacy reasons, only saying that the woman was an administrative worker employed on a contract basis.

The woman returned to Seoul on Tuesday night and ministry officials are currently meeting with her to figure out exactly what happened. The suspect has also been ordered to return home immediately for internal investigation, the ministry said.

He allegedly told his colleagues after the incident that he doesn't remember anything.

"His claims have not been inconsistent," a ministry official said on condition of anonymity. "We need to listen to his side of story when he returns to Seoul."

He is to arrive here late in the day. The questioning will start on Thursday, the official said.

The ministry said that it will seek heavy punishment and refer the case to the prosecution for criminal investigation if the allegations are confirmed.