SEOUL, July 12 (Yonhap) -- A Russian man who fled to his home country in 2015 after killing a South Korean woman near Seoul has been sentenced to life imprisonment by a Russian court, the Ministry of Justice said Wednesday.

The unidentified Russian national, 37, was referred to trial after being arrested in June 2016 by Russian police at the request of South Korean police and Interpol, said the ministry. 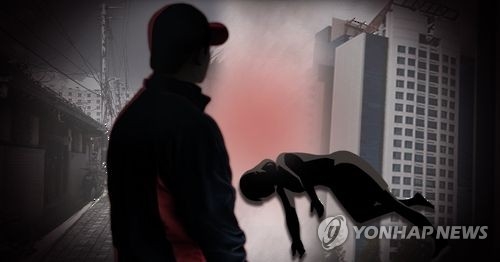 The man was convicted of strangling a 30-year-old South Korean woman to death inside an apartment elevator in Bucheon on the southwestern outskirts of Seoul on Feb. 28, 2015, and running away with her bag. He left for Russia the following day, prompting South Korean police to put him on the Interpol wanted list.

Instead of extradition, Russian prosecutors opened their own investigation into the murder under a bilateral agreement with Seoul and indicted the suspect in October last year based on evidence provided by South Korea.

A local court in the Russian city of Khabarovsk recently gave him a life sentence for murder and other charges, according to the ministry.

"We hope the recent Russian court ruling would help heal the wounds of the bereaved family a little bit," said a ministry official.

"As the Russian man has appealed the life sentence, we'll continue to cooperate with the Russian prosecution to ensure that he receives punishment commensurate with his crime."

In a similar case, two Uzbek men, who fled to their home country after killing a South Korean farm owner in September 2015, were sentenced to 19 years in jail in May this year. The men were arrested in Uzbekistan last year after being wanted by South Korean police and Interpol.