SEOUL, July 12 (Yonhap) -- North Korea now seems to feel freer to take American citizens hostage and the country's treatment of American prisoners is getting much worse, a former U.S. diplomat, who accompanied former Bill Clinton to North Korea in 2009 to win the release of two American journalists, has said.

"When some of the first Americans were taken in prison, North Koreans were very, very careful with them and released them early, but as time has gone by... they think now the U.S. is a paper tiger and the U.S. can't do anything," David Straub, a retired U.S. diplomat focused on Korean issues, said in an interview with Yonhap News Agency on Tuesday. 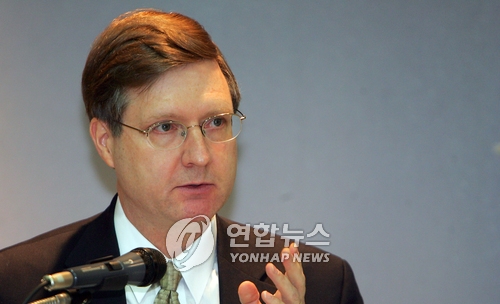 He is now a Sejong-LS fellow at the South Korea-based Sejong Institute and is currently in Seoul to head a delegation of American researchers specializing in Korean issues who are visiting the country as part of a program run by the Korea Foundation.

Straub said that now "North Korea not only feels free to take more people hostage but treats them much worse and makes higher demands" in return for the release of the American citizens.

He was among the seven-member team led by Clinton that traveled to North Korea and brought home two American journalists, Euna Lee and Laura Ling, after 140 days of detention in North Korea.

A host of other U.S. citizens were held and released by North Korea in the following years, including Kenneth Bae who was released in November 2014 along with another American prisoner. Their releases came during a visit by then U.S. director of national intelligence James Clapper. Bae spent more than 700 days in North Korea after being sentenced to 15 years of hard labor for unspecified anti-state crimes.

Last month, American college student Otto Warmbier was released after more than 500 days of detention in North Korea in a coma and died in a few days upon returning home, drawing outrage in the U.S. 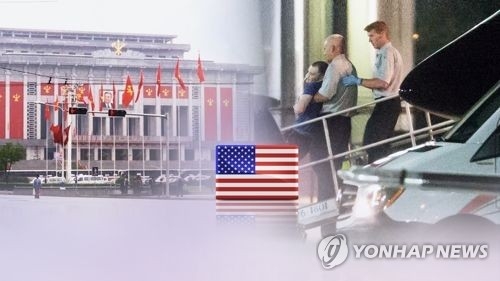 "There's a definite change in the way they have treated Americans and they keep raising their demands to return them," Straub said. "I think it's because the U.S. has not met their other demand, like nuclear issues."

The former diplomat added that if North Korea wants to have any relationship with the U.S., the way to do so is not to take American citizens and then force U.S. presidents to come and "kowtow."

"This is very counterproductive to many chances of fixing things," he said.

He continued that North Korea may also demand the U.S. send higher-ranking American officials to pick up three American prisoners who are still being held in the North.

"The North Koreans basically demanded Bill Clinton come and (indicated) that was the only way that they would return the two journalists," he stated.

During their less than 24-hour stay in North Korea, the American delegation had a one-hour meeting with then North Korean leader Kim Jong-il, followed by a dinner during which Kim was "diplomatic and polite," he said.

"But it was clear that basically North Korea just wanted to have a photograph of Kim Jong-il with Bill Clinton, so they could show their people and the world and feel good about having forced the U.S. to bend to their will," Straub noted.

Drawing on North Korea's nuclear problem, he said that the U.S. may not enter into formal negotiations with North Korea until gaps between the stances of the U.S. and North Korea are removed.

"I think the U.S. is not prepared to enter into formal negotiations with North Korea, knowing that North Korea will take a position that will be totally unacceptable to our side, because if we did, the negotiations would fail... and the U.S. will look weak and stupid for having entered negotiations that quickly failed," the former diplomat added.