Inspokorea said Jang signed a two-and-a-half year deal with the J. League outfit after a medical test, and officially ended his spell with Chinese side Guangzhou R&F.

Jang made his pro debut with FC Tokyo in 2012 and scored four goals in 40 matches in two seasons before moving to Guangzhou. The 25-year-old had been a regular member with the Chinese Super League club, but lost his spot this year after the league implemented a new foreign player rule.

Previously, Chinese clubs were allowed to play three foreigners plus one Asian player. But now the Asian quota is gone, and that one spot in the lineup must be filled by a Chinese player under the age of 23.

"I was facing a difficult situation in China, and I want to thank FC Tokyo for helping me out," Jang said. "I will try my best for FC Tokyo to help the team win the championship."

FC Tokyo are currently 10th in the 18-team first division.

Jang, a versatile defender who can play at center back or right back, has three goals in 36 matches for South Korea. He also captained the South Korean football team at the 2016 Rio de Janeiro Olympics. 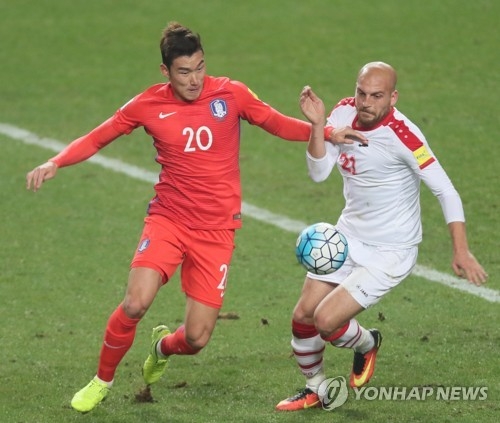