SEOUL, July 12 (Yonhap) -- Including "Joint Security Area" (2000), "The President's Barber" (2004), "The Attorney" (2014) and "The Age of Shadows" (2016), actor Song Kang-ho's filmography has many of both commercially and critically acclaimed dramas depicting tragedies of modern Korean history.

But it wasn't easy for him to decide to be in "A Taxi Driver," a new Korean historical film about the military's bloody crackdown of a pro-democracy uprising in Gwangju, some 330 kilometers south of Seoul in 1980.

"It seems to have been an extension of the time when I had to decide whether or not to be in 'The Attorney.' It was a bit different from political burden," Song said during an interview with Yonhap News Agency at a Seoul cafe on Wednesday. "The Attorney" is loosely based on the life of the late President Roh Moo-hyun's early years as a lawyer in Busan in the 1980s. 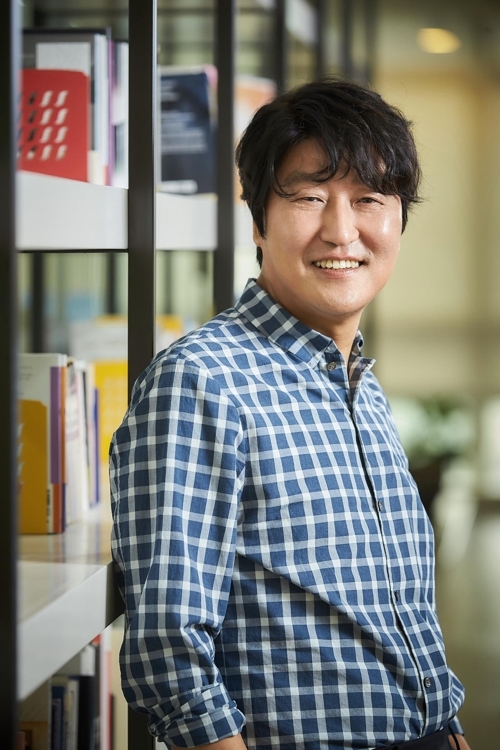 "I just wasn't sure whether I was ready to deliver the story with a sense of responsibility. Just as there was a fear that I might bring any disgrace to his life, this work gave me such burden. I mean, it was not the type of a burden that the government or some people would dislike the film," the 50-year-old actor said.

After much thought, he turned down the offer to take the film's title role at first. The story that he once ignored, however, growingly occupied his mind. Feeling a strong sense of duty that he should properly let the world know of the Gwangju uprising, he eventually picked up the screenplay after just a week.

Directed by Jang Hun of "Secret Reunion" (2009) and "The Front Line" (2011), "A Taxi Driver" features the uprising on May 18, 1980, as seen from the eyes of two outsiders -- a taxi driver from Seoul and a journalist from Germany. During the incident, citizens of Gwangju rose up against Chun Doo-hwan who seized power in a military coup and later became president. The protest was brought to an end by a cruel crackdown, leaving hundreds of people dead or missing. 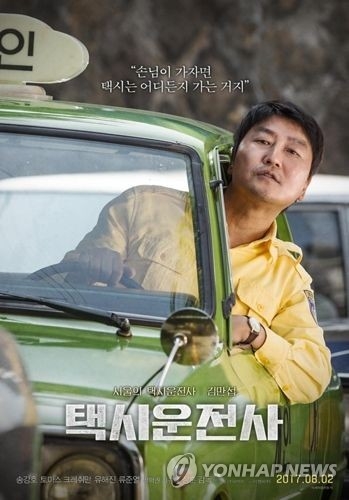 Song plays the taxi driver Kim Man-seop who lives with his 11-year-old daughter in a small house after being widowed. He is a worldling that is crazy about money because of economic difficulties. But he also is a reasonable person who takes an old lady who cannot walk properly to a hospital for free. One day, he picks up a German reporter who just introduces himself as "Peter" and takes him to Gwangju for a large amount of cash, without knowing what is going on there. In Gwangju, he witnesses the horrors of the bloody military crackdown.

The reporter character is based on the life of Jurgen Hinzpeter, the late German journalist who filmed and reported on the Gwangju massacre all over the world with much help from a Seoul taxi driver whose identity is not known.

Song intensely expresses Man-seop's change of mind with only a few scenes. His performance is excellent enough to remind viewers of his moniker "God of Acting."

Questioned about the most difficult part of filming, he singled out a scene where Man-seop weeps while humming a hit song of the '80s on his way back to Seoul after leaving Hinzpeter in Gwangju alone. He then turns his car around and goes back. He had to show an emotional change while driving and singing, but the road at the film location was too short to elevate his emotions in a short period of time, he recalled. 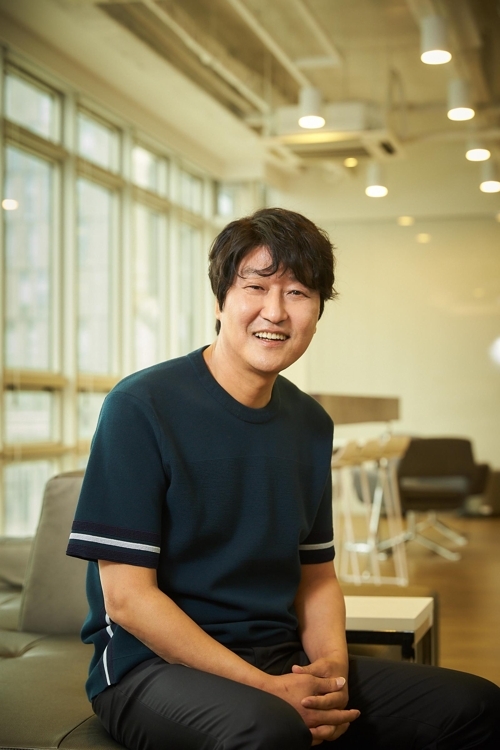 Song stressed that the spirit that flows through the film is not pro-democratization or a political slogan, but laws of humanity.

"The true value of this film is that we feel how we have overcome the painful memories of the past, just as we have experienced how Korea's political history has been made from last year until now."

He also shared his impression of working with renowned German actor Thomas Kretschmann who was featured in the Roman Polanski film "The Pianist." He plays Jurgen Hinzpeter in the Korean film.

"I've seen 'The Pianist' in the past and thought it quite impressive. It was just great to work with Thomas Kretschmann. He is four to five years older than me, and he had a professional attitude as an international actor. He did not lose his smile and cared for others even though the filming went on amid sweltering weather conditions last year. His personality was wonderful and impressive."

"I don't speak English well. But my English is not as bad as Man-seop's," Song said, laughing.

Also starring Yoo Hae-jin and Ryu Jun-yeol, the new film is set to open in local theaters on Aug. 2.