Yonhap plans to unveil the animation documentary, titled "The Days of the Road," next month, which features a combination of video and animation to portray North Koreans' defection and how they felt during their search for freedom.

A VR company and local animation startup have also joined the project, sponsored by the Korea Creative Content Agency (KOCCA).

Yonhap said it followed the defection route of refugees, which included China and Laos, in a bid to help viewers feel they are on the defection path.

In particular, the documentary highlights logging encampments run by Chinese nationals who lured and forced North Korean defectors to work. A clip was made based on footage provided by Caleb Mission Church.

It seeks to shed light on the exploitation of North Korean laborers as employers threaten to report their defection to Chinese authorities.

The documentary was filmed with using the rotoscoping technique to maximize the effects of combining live-action images and animation. It took seven months for it to be filmed, Yonhap added. 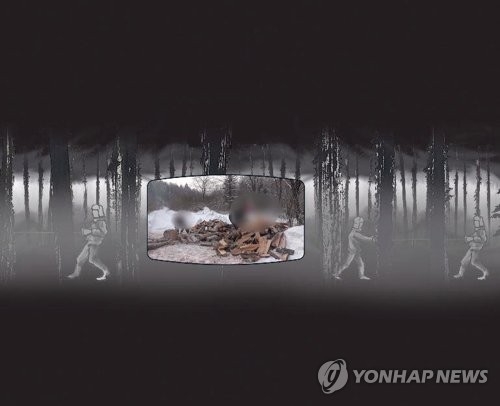