South Korea's No. 1 carmaker said the production vehicle will have a range of 580 kilometers with a full tank of hydrogen, giving it a range on par with most internal combustion engine vehicles on the road today.

FCEVs refer to a vehicle which uses compressed hydrogen and a fuel cell to produce electricity that powers an on-board electric motor. Such vehicles release zero emissions and are quick to charge making them ideal for everyday use if there is sufficient charging infrastructure.

Hyundai did not give details about the car's motor and other drive- and safety-related features. It said the vehicle will be put on display at a hydrogen concept house being built on the banks of the Han River that runs through Seoul.

The carmaker, the flagship of Hyundai Motor Group, the world's fifth-largest automotive conglomerate, announced the world's first mass-produced hydrogen fuel car in 2013 with the Tucson ix FCEV. Since then it has been at the forefront of the industry by showcasing related concepts at various motorshows. The Tucson ix is currently in operation in 17 countries and has been credited with expanding the public perception of fuel cell cars.

Hyundai originally expected to unveil the car it plans to sell early next year just ahead of the PyeongChang Winter Olympics, but decided to move forward the unveiling by some six months. 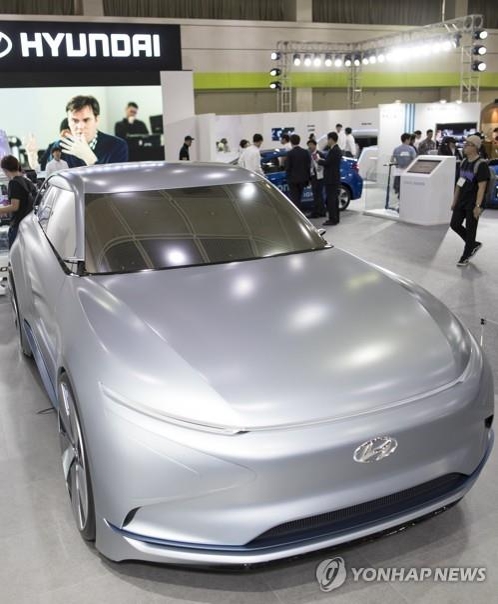