The group is scheduled to upload all tracks from the new album onto various online music services, such as Melon, Genie and Naver Music, on July 18 at 6 p.m., one day ahead of its official release.

"The War" heralds a new start for the band. Including the title track "Ko Ko Bop" that reflects the group's new music style, the album consists of nine songs.

EXO has previously unveiled two teasers led by its members Kai and Baekhyun. It is going to release more teasers featuring each of the members. 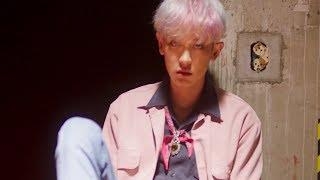