The Seoul High Court overturned a lower court's ruling, which found retired Adm. Choi Yoon-hee guilty of receiving 20 million won in bribes (US$17,560) from an arms broker, identified only by his family name Ham, in 2014.

Choi, 64, was indicted in 2015 for exerting influence as then chief of the Navy on the military to adopt an untested Anglo-Italian AW159 Wildcat as the country's new multi-mission maritime helicopter, which was officially picked in 2013. He served as the JCS chief from 2013-2015.

The prosecution has claimed that the money was provided in return for the favor. Choi said it was given to his son as a business investment.

The appeals court ruled that the evidence falls short of substantiating the bribery charge beyond reasonable doubt and that it is probable it may have been paid as part of a business deal.

The court also found Ham and the former head of a local defense research institute, both convicted of the same charge, not guilty, citing a lack of evidence.

The prosecution said it will appeal the decision.

Choi has been detained since November when the lower court sentenced him to one year in jail, only for the bribery charge. It dismissed another charge that he instructed his subordinates to inflate the assessment report on the chopper, citing a lack of evidence.

He was ordered to pay a fine of 40 million won and forfeit 5 million won.

Choi's graft scandal led to a series of arrests and the imprisonment of other military officials who were involved in the selection process. The arms broker, identified only by his last name Ham, is also serving a two-year sentence. 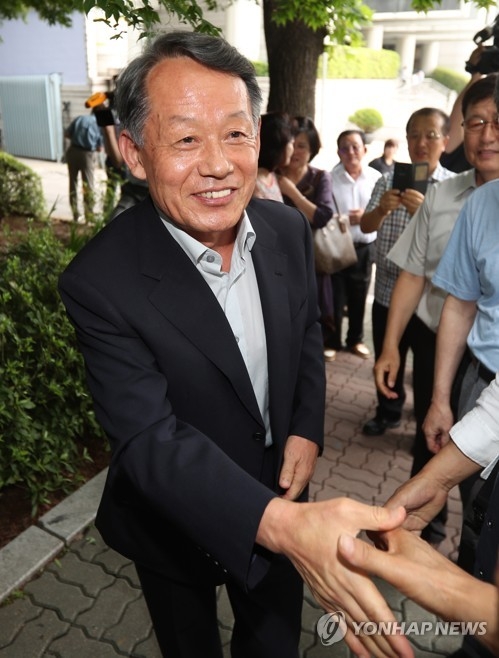