Kim Dong-cheol said that the bill was submitted electronically Wednesday to propose a special investigation into both issues as the embattled party is struggling to shore up public trust in the wake of the scandal.

Some of the liberal party's officials are under investigation after a member was found to have doctored a tip-off to back the party's claim in the run-up to the May 9 presidential poll that Moon's son got a public service job in 2006 thanks to his father's influence.

The submission of the motion coincided with an apology by Ahn Cheol-soo, the party's former presidential candidate, for failing to verify the fabricated information during the campaign.

Major opposition parties have called for an independent inquiry, while the ruling Democratic Party dismissed the call as an attempt to hamper the ongoing prosecutorial probe and water down the scandal.

Under the bill, two conservative parties -- the Liberty Korea Party and Bareun Party -- are to recommend two special prosecutor candidates, one of who is to be appointed by the president.

After the scandal erupted late last month, the People's Party saw its popularity tumble to its lowest since its launch early last year and came under intense criticism for undermining its much-trumpeted motto of "new clean politics." 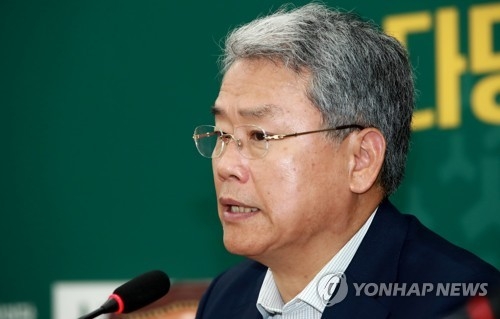