SEOUL, July 13 (Yonhap) -- Artist Jang Jong-wan doesn't believe in utopia or a heavenly paradise. The false belief to the contrary, he says, leads people to anxiously invent a fantasy world where they can take false comfort in possible redemption.

Under kitsch, colorful propaganda-like paintings that remind one of socialist ideals lie his such skeptical views about people's blind trust in salvation and the hollowness of such attempts.

Jang personifies animals in his description of people living in what he called "fake fantasy." Squirrels solemnly pray to a piece of paper; a bat flies, holding a four-leafed clover in its mouth while a tree branch is stabbed into its back; and a deer is held as sacred by people in a beautiful artwork painted on deerskin. 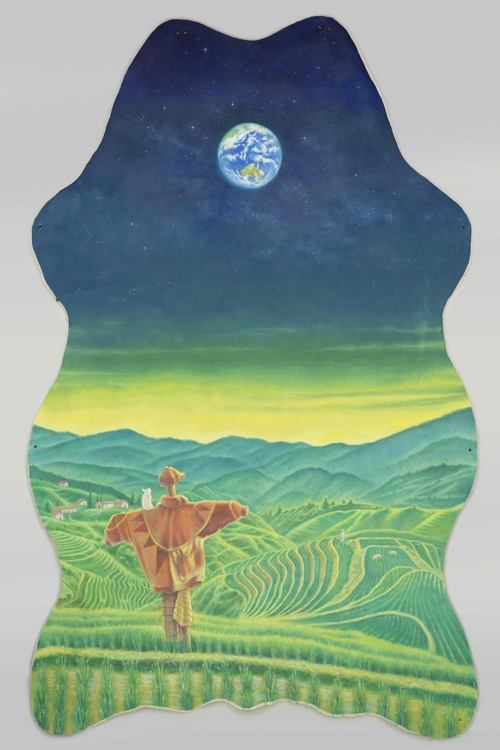 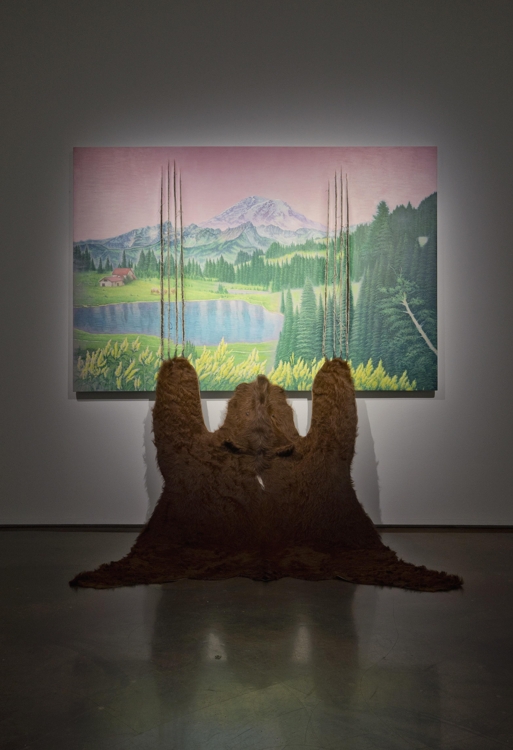 "I've been interested in the fact that people make up fantasy when they are nervous. They desperately cling to the illusionary world -- be it religion or technology -- created by the blind belief that they can be saved," Jang, 33, told Yonhap News Agency on Wednesday.

An overly optimistic expression of the world and its future interestingly evokes the exactly opposite feelings inside him, Jang said.

"Just like you feel uncomfortable being around someone who always overreacts, I've paid attention to the fact that those heavenly images seem to rather emphasize their being fake and unrealistic." 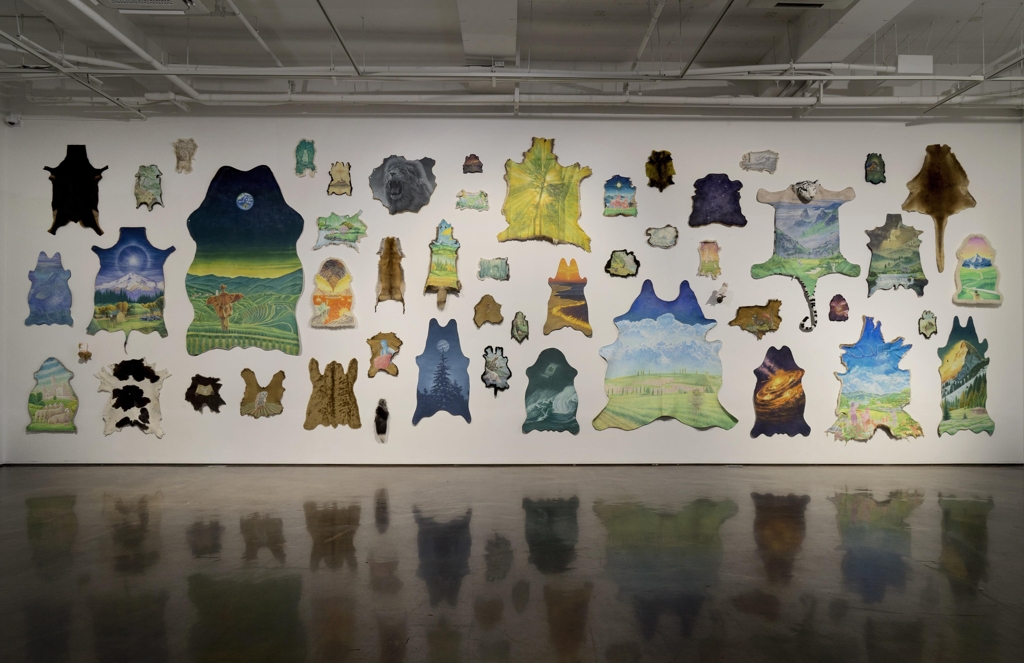 He grew up in the southwestern industrial city of Ulsan or "Hyundai City" because it is the home to Hyundai Motor and Hyundai Heavy Industries. He recalled often watching a "worshiping" documentary about the founder Chung Ju-yung in high school run by the conglomerate. When the businessman died, the whole city was in deep sorrow and people gave silent prayer and wore a ribbon as an expression of condolence, he said.

"I didn't think that whole thing was strange at that time. When I moved to Seoul to attend university, I realized it was as if we had lived in a small socialist country that was almost similar to North Korea."

Since the realization hit him, he's been attempting to take aim at anything authoritarian that demands forced respect from him and make fun of it.

While he is generally unhappy with the environment of his upbringing, he feels uncomfortable when he is allowed or encouraged to challenge someone older or with more authority, he said.

"Honestly, I am at ease when I just remain as a timid observer, who does art that makes fun behind the scenes," he said. "I hope people find my work interesting and fun at first but later see the awkward tension and suspicion hidden inside the paintings." 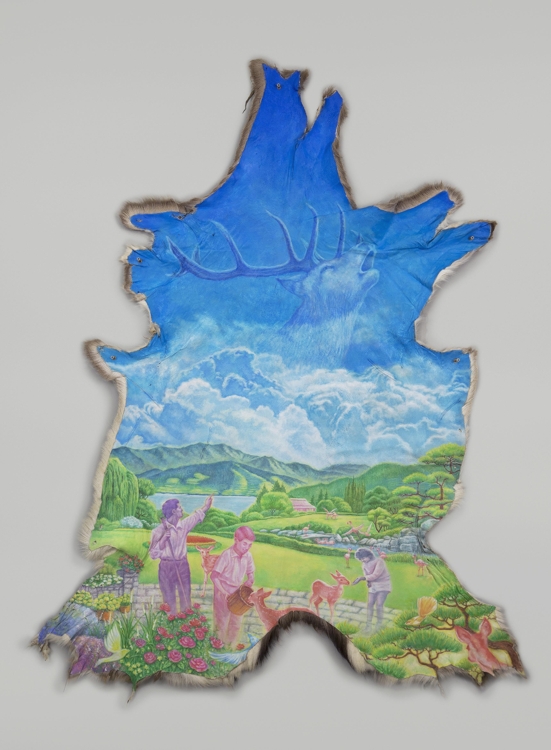 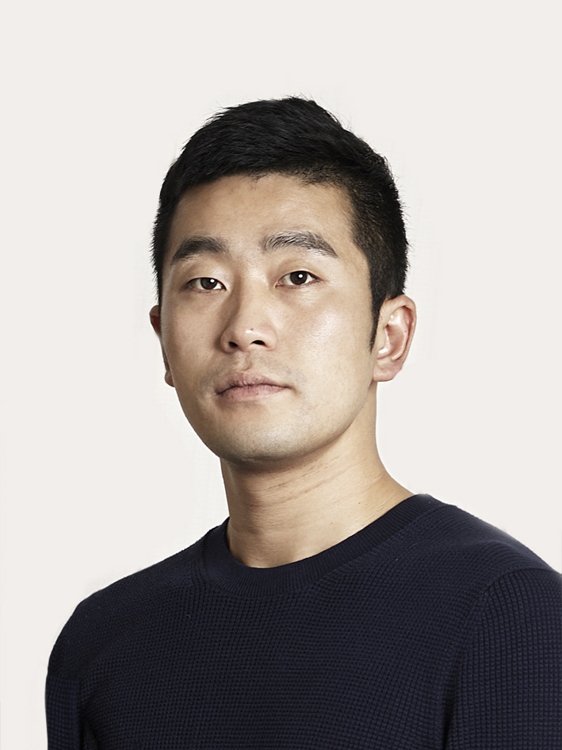