They have shown off a good combination as cast members of tvN's hit variety show series "New Journey to the West" and MBC TV's "Knowing Bros." The two were with all four seasons of the tvN show.

Kang is the single emcee on the new television audition program in which unknown singers compete with each other by playing the voice double of famous singers who perform on stage. Lee is a member of the jury that also has Ha Hyun-woo, the vocalist of the indie rock band Guckkasten, and Kim Hyung-suk, a noted composer-cum-producer and head of the K-pop agency Kiwi Entertainment.

"We have built a relationship close enough to read each other's mind without saying a word while working together for various variety shows," Kang said during a news conference to promote the new TV show at a hotel in western Seoul on Thursday. "I'll always try to check and try my best to make it fresh, away from boredom and familiarity." 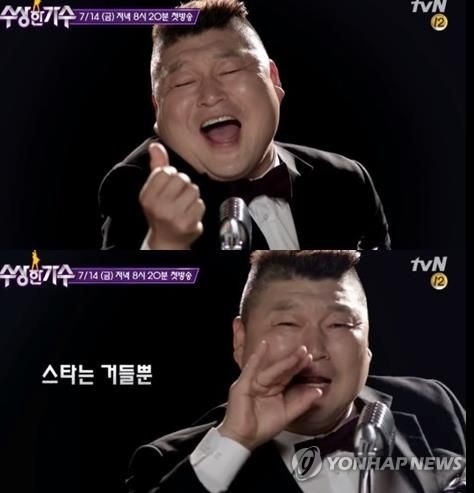 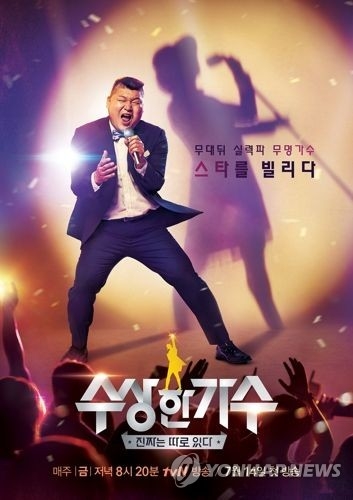 Lee said viewers can expect something different from their combination because the two were given different roles as an emcee and a judge.

"If you think the Kang-Lee duo is the best combination for creating humor, I'd like to make it last forever," he said.

The show has drawn much anticipation from entertainment media for being the first program by Min Cheol-gi, a former MBC TV producer, after he moved to the CJ E&M's cable TV channel. He was the producer of "King of the Masked Singer," MBC's long-running K-pop music competition program in which less known professional singers show off their musical talents on the stage wearing a mask to hide their identity.

According to promotional material from the TV station, the forthcoming show aims to nurture hidden talents ranging from one-time talents to those who have been hidden under the shadow of obscurity for a long time and to perpetual rookies who have gotten not even one chance to perform on the stage. 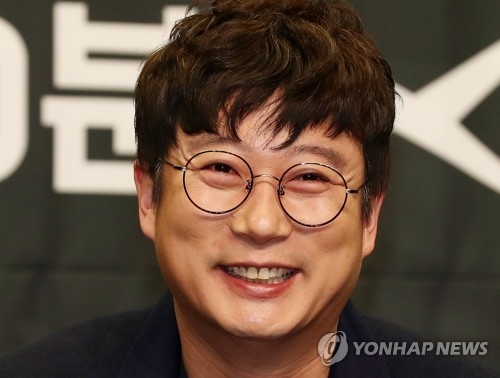 "I have seen a lot of musicians who have many talents but low public recognition while doing 'King of the Masked Singer.' So I pondered a lot to find a way to make a program with them. I wanted to introduce them to the public," Min said.

Then how is the show different from so many music variety shows like "King of the Masked Singer" and Mnet's "I Can See Your Voice"?

"Our show will feel like a comprehensive gift set," Min said. "You know, the 'Masked Singer' is a program intended to remove prejudice with the use of a mask. But in 'Shadow Singer,' recognized people come forward and tell the life stories of obscure singers they represent and lip-sync to songs by them. It's rather a program for implanting prejudice. I wanted to add to unknown singers awareness that they lack. In some ways, the show came from the reverse idea of the 'Masked Singer.'"

He added that seeing the interaction between the duo of the "real" and "fake" singers will be another watching point because they have to constantly meet and communicate with each other to persuasively convey the personal stories of the hidden talents. The lineup of the recognized singers to appear on the program is still not available.