Seoul didn't release details of the contract but said Kovacec will boost their attack with his K League Classic experience and his dribbling skills.

Kovacec spent most of his career in the Austrian league before coming to South Korea in 2015. The 29-year-old, who can also play on either wing, played the last two seasons with Ulsan Hyundai and posted 13 goals and 17 assists in 60 matches. But he was released by Ulsan last month.

FC Seoul hope Kovacec will click with their existing strikers Dejan Damjanovic and Park Chu-young to lead their attack that has so far produced 26 goals in 20 matches. Seoul are currently seventh in the 12-team league. 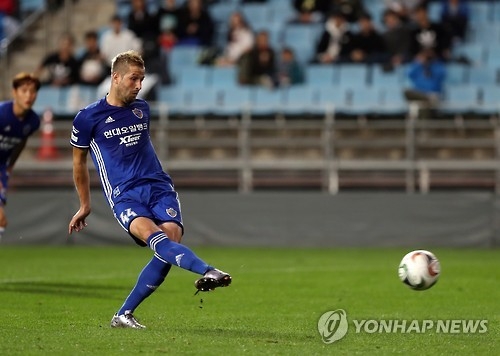